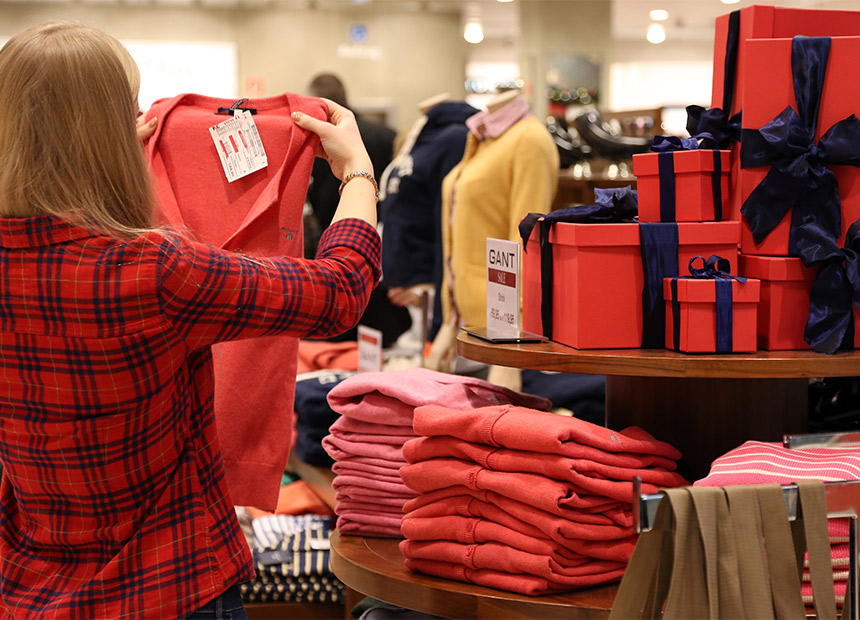 The Australian Retail Association is predicting that Aussie shoppers will spend a whopping $45 billion in the lead up to Christmas this year.

Thanks to a growing trend amongst retailers wanting to clear summer stock ahead of winter deliveries and patchy trading, pre-Christmas sales are popping up in department stores and boutiques around the country, weeks before the traditional end-of-year sales.

“The retail industry has had it fairly tough in the last few years,” ARA Executive Director Russell Zimmerman said.

“One of the areas we are very concerned about is the clothing and footwear section that is not expected to have high-level growth.”

On Thursday, reports emerged that David Jones and Myer were considering ringing the bell early on their Boxing Day sales because of poor consumer confidence, something analysts feared would affect the entire retail sector.

While Mr Zimmerman emphasises that the current pre-Christmas sales are no more heavy-handed than in previous years, he acknowledges that shoppers can benefit from discounts ahead of the Boxing Day sales.

“Most things are being discounted at the moment. The one to watch is clothing and footwear because it’s weather-driven and retailers will not want to be left with much stock by the end of Boxing Day sales,” Mr Zimmerman says.

Here’s where to head for the best pre-Christmas bargains this week:

• ‘Super Weekend’ sale featuring up to 40 per cent off women’s and men’s clothing, homewares, electrical and Miss Shop.

• 20 per cent off beauty packs

Go for: beauty products and electrical appliances like hair dryers or shavers.

• 25 per cent off mens and women’s clothing

• 40 per cent off babywear and children’s sleepwear and underwear

• 25 per cent off women’s shorts and t-shirts

Go for: sweet summery tops for your mum, sister or wife

• 20 per cent off kitchenware and tableware

• 20 per cent off Blu-Ray and DVD players, set top boxes and HD recorders

• Up to 50 per cent off on sporting and outdoor gear

• 20 per cent off storewide

• 20 per cent off select furniture instore and online

• 20 per cent off ornaments and trim

When: runs for a limited time only

• 60 per cent off selected books

What: 50 per cent off selected styles

When: while stocks last

• For specific information, terms and conditions, check with individual retailers online or in-store.

Where to find the best pre-Christmas gift bargains