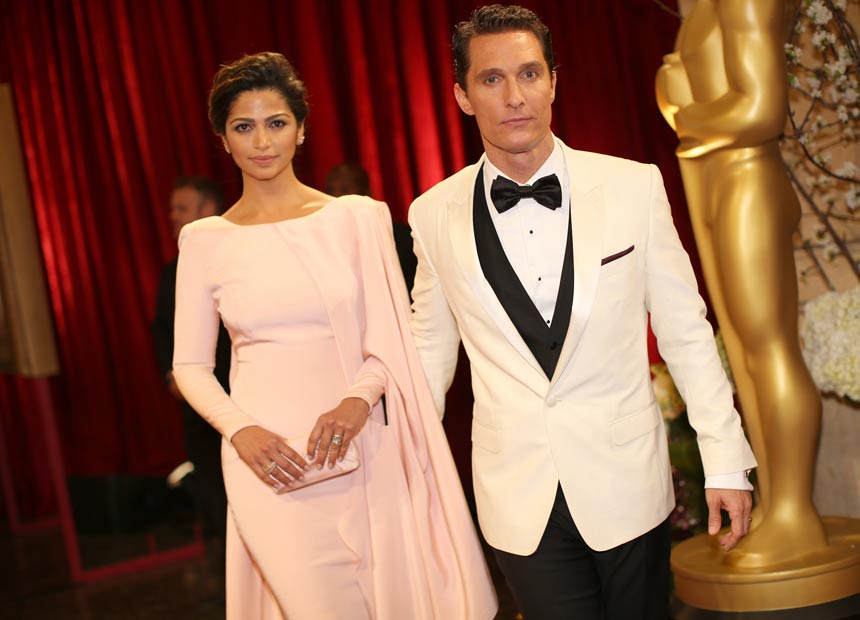 Rather than walking down the well trodden end-of-year fashion path, we have chosen 12 people, including a couple, a baby and two families, who have absolutely nailed the style zeitgeist in 2014.

While Blake Lively has looked nothing short of spectacular since announcing her pregnancy in October, it was her sojourn in Cannes in May that set the world alight.

· The chain about to change the face of Australia
· Style icons: Amal joins Jackie, Diana and Maria

In the men’s camp, we couldn’t go past Eddie Redmayne, British cinema’s new ‘It’ boy, who looks set to earn his first Oscar nod for his turn as Stephen Hawking in The History of Everything. For the iconic Cannes Film Festival, Blake Lively went full movie star in three very different, but equally stunning, gowns. After a brief hiatus from the limelight, the 27-year-old actress used the opportunity to announce her return to the fashion world. Fashionistas the world over breathed a sigh of relief. Thanks to a perpetually cheeky smile and innate British charm, 32-year-old actor Eddie Redmayne can pull off pretty much anything. Whether a jewel-toned jacket or a three-piece suit, the Les Miserables star looks entirely at ease. German-born Diane Kruger and Dawson’s Creek star Joshua Jackson are pretty much Hollywood royalty. After dating for eight years, the pair have perfected their coordinating couple style – both push the boundaries while keeping it classy.

Solange Knowles and her wedding party It’s pretty hard to upstage Beyonce, but her sister Solange Knowles managed to pull it off at her November wedding to Alan Ferguson. Her visually stunning all-white wedding was the stuff of an art director’s dream. Every year another ingenue comes out of the woodwork to firmly assert themselves as a born-and-bred red carpet idol. This year it was Lizzy Caplan’s turn. The Masters of Sex star had her biggest moment at the 2014 Emmy awards, where her stunning black and white gown stole the show. Don’t like what Bill Murray is wearing? He doesn’t care. The 64-year-old actor can mix prints, wear a hat on the red carpet and rock a bow tie like no other. A true original. The catchiest song of 2014 had a video clip to match. Taylor Swift could not have looked more fabulous while singing about her “long list of ex-lovers” and trashing her ex-boyfriend’s car. We don’t care if she’s crazy – she’s damn chic. George who? The stunning human rights lawyer – and wife of some actor – has classic, elegant workwear down pat. Of course, it doesn’t hurt that she’s unbelievably stunning and smart to boot. The Aussie model has had her fair share of controversy this year – reckless driving, pregnancy rumours – but has managed to remain cool, calm and beautifully dressed throughout. Wearing a steady rotation of black, white and beige, Bingle proves basic doesn’t have to be boring. Sure, he can’t dress himself yet, but he makes his mother’s choices work. From overalls to lederhosen, baby George’s wardrobe shows versatility and elegance beyond his years (year?). Suki Waterhouse isn’t afraid of experimentation. The British model and girlfriend of actor Bradley Cooper never looks the same, wearing pastel tulle one minute and structured winter coats the next. Best friends with Cara Delevigne and part of the new British rat pack, Waterhouse is one to watch. No surprises that two of Hollywood’s most genetically blessed people managed to produce a brood of gorgeous kids. Matthew McConaughey and his wife Camila Alves always get it right on the red carpet and ensure their three beautiful children do the same. Even McConaughey’s mother, Mary (bottom right), knows how to get seriously glammed up. The Beckhams better watch their backs.