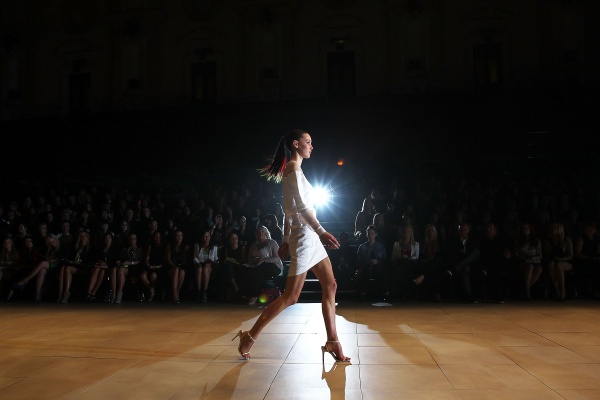 Australian designers have long been hailed for their originality, now more than ever. Here are the top five local labels taking their clothing from humble beginnings to the svelte bodies of some of Hollywood’s biggest stars.

The young Sydney-sider with the flawless tailoring skills has acquired fans with some serious star power. Hollywood heavyweights like Charlize Theron and Rooney Mara have rocked his sleek, modern designs on the red carpet and he made his debut at New York Fashion Week in September to rave reviews.

Launched as a Bondi Market stall in 2001 by couple Nic Briand and Susien Chong, Lover’s playful use of delicate lace and pattern has made it the go-to brand for It Girls the world over. Consummate trendsetter Alexa Chung is a fan and the label received a boost when Anne Hathaway chose to wear a Lover dress for her appearance on Saturday Night Live.

The ultimate in girly sophistication, Zimmermann has the Australian swim market covered with their fashion-forward floral bikinis. Their clothing is also making a splash overseas with stores in Los Angeles and New York. Younger celebs like Miley Cyrus, Glee’s Lea Michele and Modern Family’s Sarah Hyland love the brand for its playful take on femininity.

Sydney friends Becky Cooper and Bridget Yorston have perfected the party dress. Their flirty designs, coupled with an affordable price point, have allowed them to seamlessly cross over to the international market. A-listers are taking note; Jennifer Lopez, Eva Longoria and Kate Hudson have both recently rocked the label.