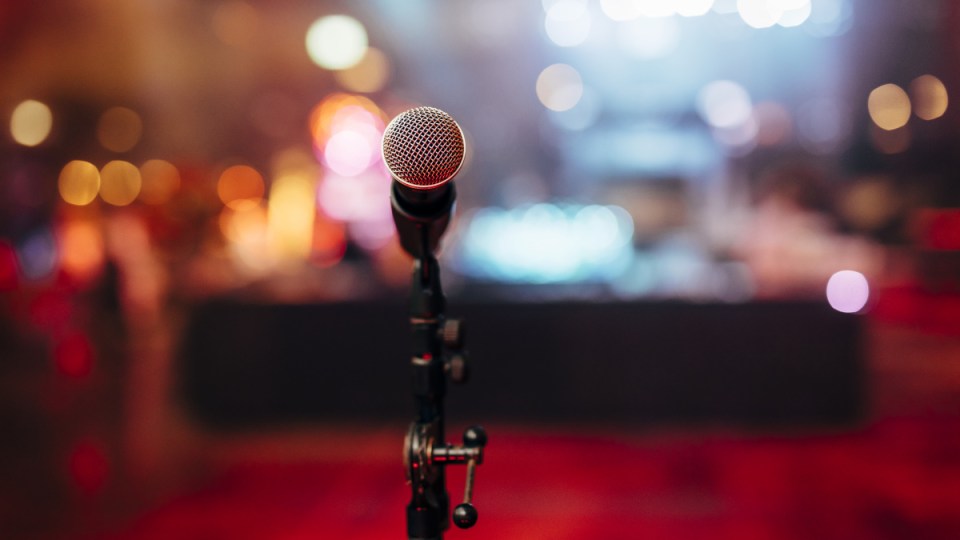 Audiences are craving smarter jokes, and young comics are stepping up. Photo: Getty

To some, the concept of cancel culture has been associated with the death of freedom of speech and comedy as we know it.

But today’s young comedians aren’t too bothered by it.

In fact, many rely on those “spicy” moments with audiences as they write new material in order to see what lands.

Charisa Bossinakis, aspiring trophy wife and Melbourne-based comedian, said the days of Zoolander and American Pie-style comedy are behind us, and audiences are increasingly hungry for higher-brow humour.

Ms Bossinakis is preparing for her third year at the Melbourne International Comedy Festival, where she will present her hilarious new show, Pineapple Juice.

But toeing the line of acceptability, Ms Bossinakis said, comes down to knowing her “place in society”.

“Sometimes you almost need the audience to be like, ‘Nup, that’s not funny’.

“Obviously if it’s mean-spirited, and it’s rooted in sexism and homophobia and your intentions are bad, it comes across. But when people complain about cancel culture, it’s almost like a scapegoat for people to be wankers.

The pandemic, she said, has given domestic acts the opportunity to “shine” in their own rights, without being overshadowed by larger, international acts.

“It’s a chance to connect the local Melbourne and interstate comedy scene.”

Daniel Muggleton, a tracksuit-wearing “white guy” from Sydney said while he didn’t believe in cancel culture (because the ever-cancelled “Ellen [Degeneres] is still making more money this year than we’ll make, combined, in our lifetimes”), it did force comedians to be more intellectual.

“One thing that cancel culture has done is make people make jokes in a smarter way,” Mr Muggleton told The New Daily.

“If you wanna talk about something delicate, then you better nail it.

“Is there a different policing of language? Sure. You’re not just saying a rude word to illicit a reaction, you have to say something clever.”

But controversial topics aren’t something Mr Muggleton shies away from.

“I like making white people feel awkward, it’s a joy.”

The Melbourne International Comedy Festival is on from March 24 to April 18.