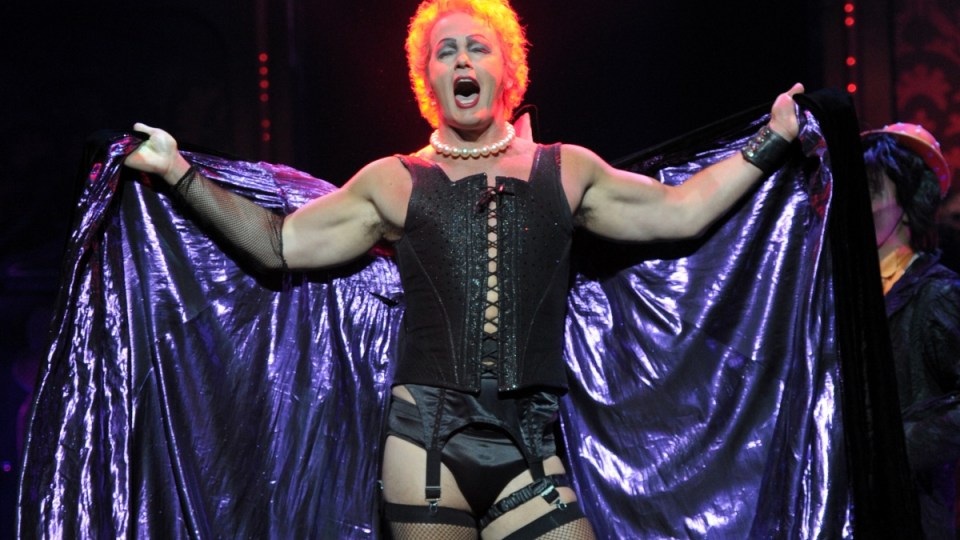 Three women have accused Craig McLachlan of indecent assault and harassment during the 2014 tour of the Rocky Horror Show. Photo: AAP

Award-winning Australian actor Craig McLachlan has been accused of indecent assault, sexual harassment, bullying and intimidation while performing in the hit musical Rocky Horror Show in 2014.

A joint ABC/Fairfax investigation can reveal that three women from the production claim he took advantage of his raunchy role as Dr Frank-N-Furter to indecently assault, intimidate and harass them, both on and off stage.

Two of the women said they complained to senior production staff at the time but said nothing was done.

Their claims include that McLachlan pulled a cast member’s underpants aside and kissed her buttocks during a performance, that he exposed himself to another actress and kissed a third woman without her permission.

He is also accused of reaching up an actress’s skirt while she was on stage and he was backstage. The women allege he also bullied and intimidated some cast members.

The women have hired a lawyer to request an investigation into their claims, and two of the women have made separate reports about  McLachlan’s alleged behaviour to the Victorian Police.

McLachlan, 52, has strenuously denied all the allegations.

In an email to the ABC he said: “Frankly, they seem to be simple inventions, perhaps made for financial reasons, perhaps to gain notoriety. In either event, they are to the best of my knowledge utterly and entirely false.”

He said he has talked to some of the production staff at the time who cannot recall any of the alleged incidents the women have described.

The 2018 production of Rocky Horror Show opened in Adelaide on New Year’s Eve with McLachlan in the starring role.

The show is produced by industry heavyweight, the Gordon Frost Organisation (GFO), which has produced many hit musicals including The Sound of Music, Annie, Wicked, Grease and, currently, The Book of Mormon and The Wizard of Oz.

Erika Heynatz, Christie Whelan Browne and Angela Scundi, who played opposite McLachlan in the 2014 production of Rocky Horror Show, asked that the GFO agree to take part in an independent investigation by two senior barristers.

The women told the ABC they have never sought money and they want reassurances the current cast of the show is not at any risk.

But lawyers for the GFO have been resistant to their requests and have threatened to sue the women for defamation.

The ABC has seen documentation including emails, texts and a doctor’s referral which support the women’s claims.

Their reports have been backed by other members of the cast and band and by people they confided in at the time.

Whelan Browne is currently starring in the musical Muriel’s Wedding. Back in 2014 she played the role of Janet in Rocky Horror Show. She told the ABC that McLachlan indecently assaulted her on stage.

“I had to be on stage with him in a bed, an upright bed, and I was wearing just bra, undies and garter and … he was pretending to go down on me, that was the scene,” she said.

“But he was directed to kiss down my neck, down my arm and then go down, out of sight. But he would always kiss down my breasts and continue to kiss all the way down until I would have to sort of move and wriggle away.

“I had to turn facing away from him and one night he pulled my underpants to the side so that my right butt cheek was out and he was kissing all around it.

“There’s 2,000 people watching, there was nothing to do but just take it.”

“As the tour went on he would say he could see my vagina through my white underpants, that was my costume,” she said.

McLachlan said these claims were false and the scene involved two crew members and a stage manager. He said he had since contacted them and they “have no recollection of any such event”.

He said Rocky Horror was a “confrontational musical oozing with sexuality”.

“As such, as part of the musical the actors have to perform certain actions, all of which follow from the show itself — and indeed ‘make’ the show.”

Whelan Browne said McLachlan was also physically aggressive towards her on stage.

“Craig had become really angry at another cast member and there’s a moment in the show when he comes around to each of us and says goodbye.

“And his goodbye to me was normally a stroke on the face and sometimes a kiss on the cheek, a very gentle, loving goodbye.

“And this particular night he was angry, he came up, grabbed me by the jaw and threw my face and then in the bows, when we also clap to the band, he was clapping in my face.”

Heynatz played the role of Magenta in the same production. She said McLachlan’s risque on-stage character “was creeping into backstage behaviour”.

Her problems with McLachlan started when he came into her dressing room and kissed her.

“He knelt down in front of me, and then started saying along the lines of, ‘You’re really beautiful and I can’t stop thinking about you and every day I’m becoming more and more enchanted by you and I’m falling for you and there’s something that I’ve got to do’, and took me by the face and kissed me.

“I was completely taken aback by it, and someone knocked on the door just at that moment and he stood up really quickly and stood behind the door, and as they came in he kind of disappeared.

“I was just kind of frozen and shaky. It’s kind of like, you don’t want the boss kissing you. That’s not what you want. You want to be respected by your colleagues.”

McLachlan said he never had any romantic interest in a female cast member and never made any unwanted advances to any cast members during the show.

“I am, and have been at all relevant times, in a stable relationship with my long-term partner,” he said.