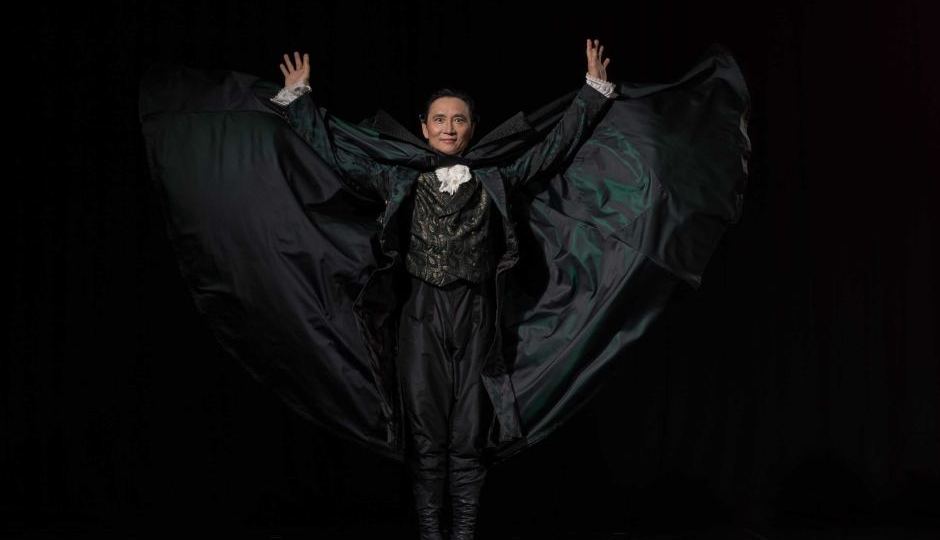 Li Cunxin as Drosselmeyer in the Nutcracker. Photo: David Kelly/ABC

After an absence of 18 years, the man known as Mao’s Last Dancer is returning to the ballet stage.

Li Cunxin will make a one-off performance of the Nutcracker with the Queensland Ballet this weekend.

“The Nutcracker would have to be one of my favourite ballets. It’s the very first ballet I danced when I went to the West,” he said.

His return has the whole ballet company in Brisbane buzzing.

“When I knew that Li was making a comeback I was super excited,” principal dancer Alex Idaszak said.

“To be able to dance alongside Li is possibly one of my biggest dreams.”

But getting back into dancing shape was tough – even for a very fit 56-year-old.

“The journey to this point has been incredibly challenging to tell the truth,” Li said.

“Mentally, I think you have this knowledge, I have all these wonderful memories of what I can do and what I am capable of doing.

“But then once I got into pushing my body, what I didn’t count on was some of the old injuries, professional injuries that I had sustained over the years, like my back and my toes, calf muscles.

“I thought after an 18-year break those muscles would be healed so I could come back with a fresh new body and with no pain.

“But unfortunately those injuries are still there and that is what’s really challenging, to push through that kind of pain threshold all over again.”

There is also something more personal inspiring Li – it is another opportunity to dance with his wife.

“I think it’s going to make it a really special for this particular performance, too, because my long-time partner, my favourite dance partner happened to be my wife Mary McKendry,” he said.

“The last time we performed together, as the sugarplum fairy and the prince, was in precisely this same production 26 years ago. She retired after that performance.”

McKendry has since performed character parts in various productions, but this performance will be special.

“For me, it’s lovely, everyone’s very excited. I think he’s such an inspiration,” she said.

This will be the first time their daughters will see Li performing.

“Our youngest daughter said she would like to see her father because she’s never seen him dance,” she said.

“We’d forgotten that he had retired when she was little, so she never really saw him.

“Two of our daughters will be there.”

Li’s story became known around the world after the book and film, Mao’s Last Dancer, told how he danced his way out of grinding poverty in China, starting with the Beijing Dance Academy, and then in a hugely successful international career.

It was that background which instilled the discipline that has carried Li through his career and, now, his return to the stage.

“Watching my mother, my father, working so hard just to make sure none of their seven children died of hunger, or died of freezing weather,” he said.

“They are just, absolutely, the hardest working people in my life.”

Eighteen years ago, Li quit ballet to become a stockbroker.

“It was really a career transition to ensure my family’s security,” Li said

“It was my dream to change my family’s fate in China, because life there was so tough.”

But he never lost his passion for ballet, and five years ago became artistic director at Queensland Ballet.

“I live it, I breathe it, and I am passionate about it,” he said.

“I think this is another huge opportunity in my life, to come back to the dance world for the second chance.

“I think this time I love it even more.”

It is a long way from Li’s daily struggle for survival as a child in China.

“Sometimes I have to truly pinch myself so hard, thinking, ‘Is that really my life, is this really a journey I’ve lived through, is this the success I’ve achieved?'”

“It is a truly beautiful dream and if it is truly a dream, don’t wake me up.”