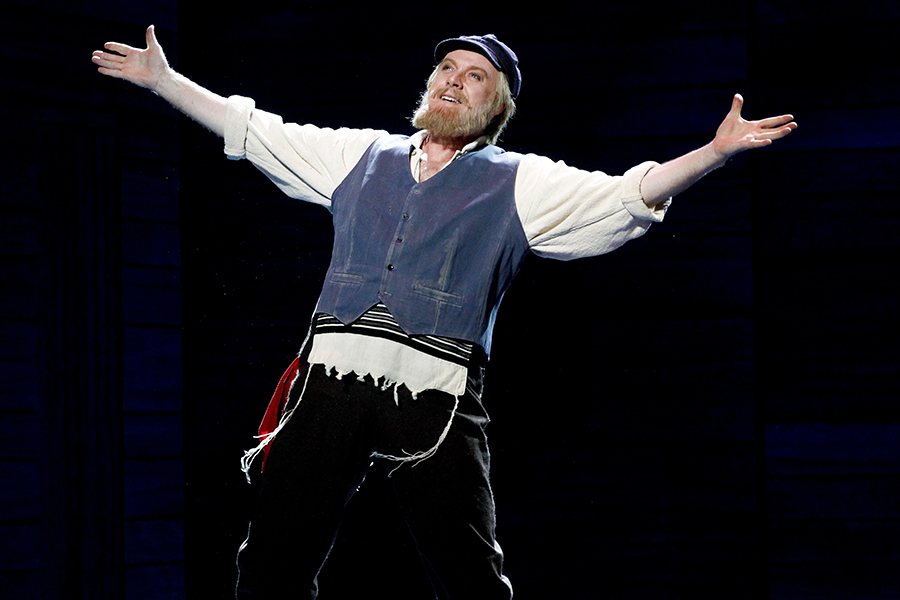 In 2005 the famed Chaim Topol arrived down under to tour a production of Fiddler On The Roof around Australia and New Zealand for two years. Without meaning undue respect to the master of the role of Tevye, seeing one performance of that production could feel like you experienced the whole tour.

So it was great trepidation that greeted the news of a revival of Fiddler starring Anthony Warlow in the lead role. Warlow is without doubt one of, if not the greatest Australian musical stage performer. However, after his last musical journey to Russia in 2011’s Dr Zhivago received a decidedly tepid response, could Warlow breathe warmth into another?

• Why this musical has a mostly female audience
• Delta Goodrem to star in famous Broadway musical
• Tarantino talks musicals, Aussies and his new movie

To be fair, long before Warlow donned the traditional Jewish garb of Tevye, the milkman and father at the centre of this tale of this tale, director Roger Hodgman had overseen an update of the music, choreography and design of this classic piece of theatre that can genuinely lay claim to establishing musical theatre’s capacity to convey darker, deeper concepts than jazz hands and “I-love-him-I-hate-him-no-I-love-him” narratives.

See the intricate maneuvers of a set brilliantly inspired by nested matryoshka dolls. See the simple stage direction that articulates so much without words – or at times lyrics.

The plot revolves around Tevye’s mission to marry off his five daughters, primarily the three eldest, who in turn challenge his views on tradition in differing ways. All this takes place under the cloud of the forthcoming pogroms. As such there is no fanfare finish to the first act nor the second.

Fiddler on the Roof has purpose and power. The question is always can it carry this weight. When it comes to the current production, the answer is an emphatic yes.

This is not a mournful Fiddler, nor a reverential one. Rather, this production, like the culture it celebrates, finds joy in the smallest moments, beauty in the most ugly.

… and know you got everything exactly right.

Can Anthony Warlow tackle Fiddler on the Roof?