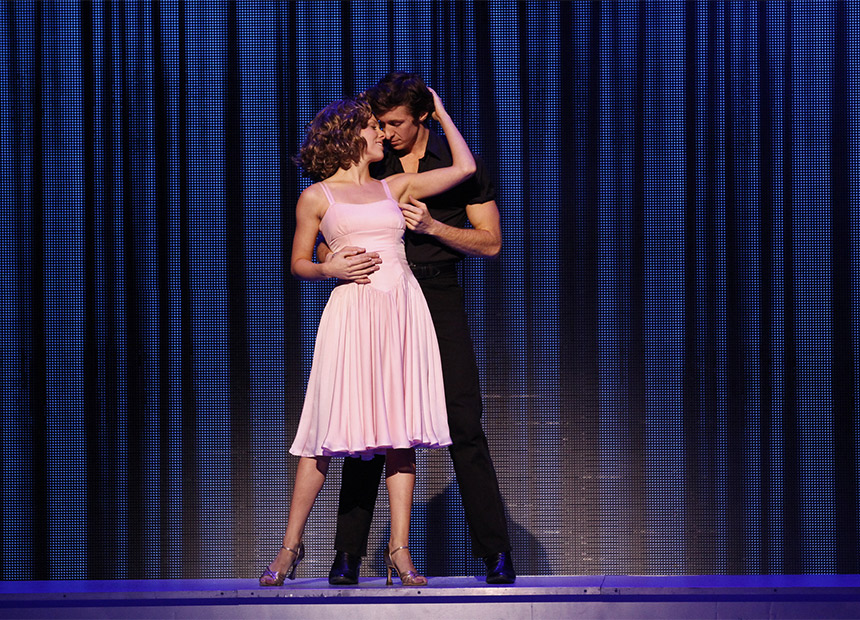 For romantics, the 10th anniversary production of Dirty Dancing is just what the doctor ordered.

We musn’t forget that what this musical drama tells us is that dreams come true regardless of which side of the tracks you were born, but there are plenty of pitfalls along the way.

It is the summer of 1963 and 17-year-old Frances “Baby” Houseman is about to learn some major lessons in life as well as a thing of two about dancing.

On holidays in New York’s Catskill Mountains with her older sister and parents, Baby shows little interest in activities at the resort (Kellerman’s) where she is staying.

Instead, she discovers her own entertainment when she stumbles across the staff quarters, where an all-night dance party is in full swing.

Mesmerised by the raunchy moves and pounding rhythms, Baby can’t wait to be a part of the scene, especially when she catches sights of Johnny Castle, the resort’s dance instructor.

Her life is about to change forever as she is thrown in the deep end as Johnny’s leading lady, both on-stage and off.

But there are consequences.

Based upon the 1987 hit movie musical starring Jennifer Grey and Patrick Swayze, Dirty Dancing – The Classic Story On Stage was first performed at Sydney’s Theatre Royal in November 2004.

It toured Australia and New Zealand for 18 months before breaking records globally.

It was one of the first Australian musicals to find major success in London’s West End, where it ran for more than five years.

Eleanor Bergstein wrote the script for the movie and the stage musical. Her childhood was the inspiration.

The original soundtrack has sold more than 44 million copies (and counting).

He is athletic and a very light on his feet.

Kirby Burgess (An Officer and a Gentleman, Hairspray the Musical) displays the sweetness and naiveté, and later the bravado called for in her role as Baby.

Maddie Peat is a revelation as Penny Johnson, Johnny Castle’s original dance partner. She is a sublime dancer who demands our attention every time she is on stage.

In making his musical theatre debut, Mark Vincent, as Billy Kostecki, is a showstopper. I could listen to the output from his golden tonsils all day.

No wonder he is the only classical artist in Australian history to have released six albums by the time he was 20.

Others of note in the 23-man cast include Adam Murphy as Dr Jake Houseman, Penny Martin as Marjorie Houseman and Tegan Wouters as Lisa Houseman (Baby’s parents and sister respectively).

Mike Bishop, Gabriel Brown, Eric Rasmussen and Barry Mitchell round out the principals.

An impressive eight-piece orchestra sits above the stage and performs hit songs like Hungry Eyes, Hey! Baby, Do You Love Me and (I’ve Had) The Time of My Life.

The show is dramatic, charming, humorous, on occasions deliberately corny, and moves along at pace.

In fact, some of the mood changers are acted out in a matter of seconds, notably quicker than in most other musicals.

One scene that stands out and brings roars of laughter involves Johnny Castle trying to teach Baby how to leap into his arms.

The backdrop is at first a field of lush, swaying, long grass and then the vast expanse of the ocean.

I thought it was one of the show’s delights, while, as a whole, Dirty Dancing – The Classic Story on Stage won me over again.