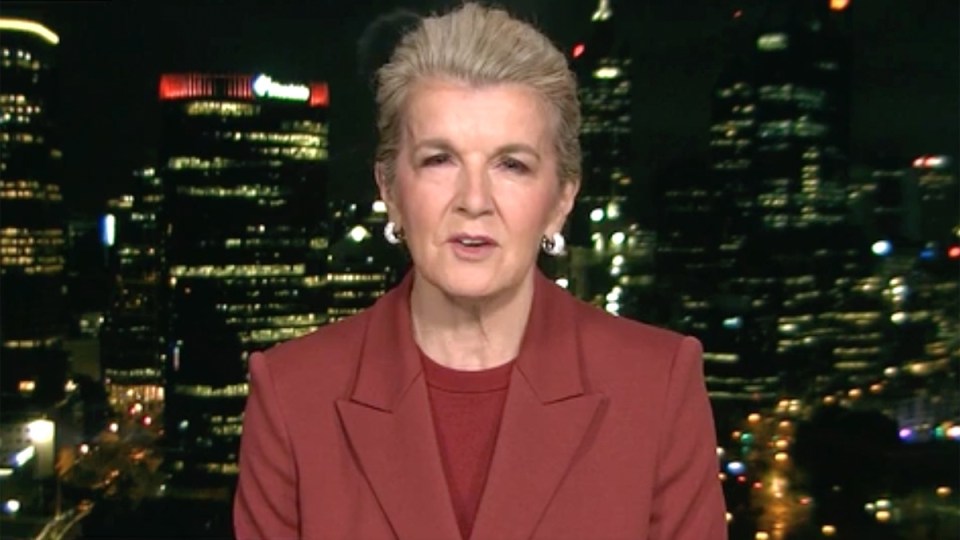 Former Liberal MP Julie Bishop has been quizzed on her recent relationship split.

Former foreign minister Julie Bishop has hit back with a frosty reply in her first public comments on her split with long-time partner David Panton.

Ms Bishop and Mr Panton split earlier this month – after eight years together – when he reportedly dumped the former deputy Liberal leader over dinner.

On Monday, Ms Bishop appeared on Nine’s Today show to discuss her new role as an ambassador for Perth mining services company Mineral Resources. As part of that, she joins Australian actor Hugh Jackman and Hollywood star Kate Walsh in a promotional video.

But the first questions to Ms Bishop on Monday were about her recent public break-up with her property developer boyfriend.

Hosts Karl Stefanovic and Allison Langdon quizzed Ms Bishop on how she was feeling after the split.

‘It’s tough going through a break-up particularly when it is public,’ Langdon said.

The reply was quick.

“I‘m fine, but I’m wondering how you two are doing,” Ms Bishop said, with a solemn nod.

To which Stefanovic fired back:

“I don‘t want to think about it too much, it is a Monday morning. As long as you’re OK,” he said, prompting Ms Bishop to shut down the line of questioning.

She and Mr Panton split on July 1, with The Sydney Morning Herald reporting he told Ms Bishop of his decision while they were dining at Eastbank, in Sydney’s Macquarie Street.

The couple had attended a gala dinner with Prince Charles just a week earlier.

“I’m going to be focused on living in Manly and Melbourne for the foreseeable future,” Mr Panton told the SMH.

“I wish Julie all the best in her ongoing stellar career.”

Ms Bishop did not respond to the statement.

China’s response to Taiwan criticism points to rocky diplomatic road ahead
‘The David Attenborough of humans’: Miriam Margolyes is back on the road, meeting real Aussies
Today's Stories