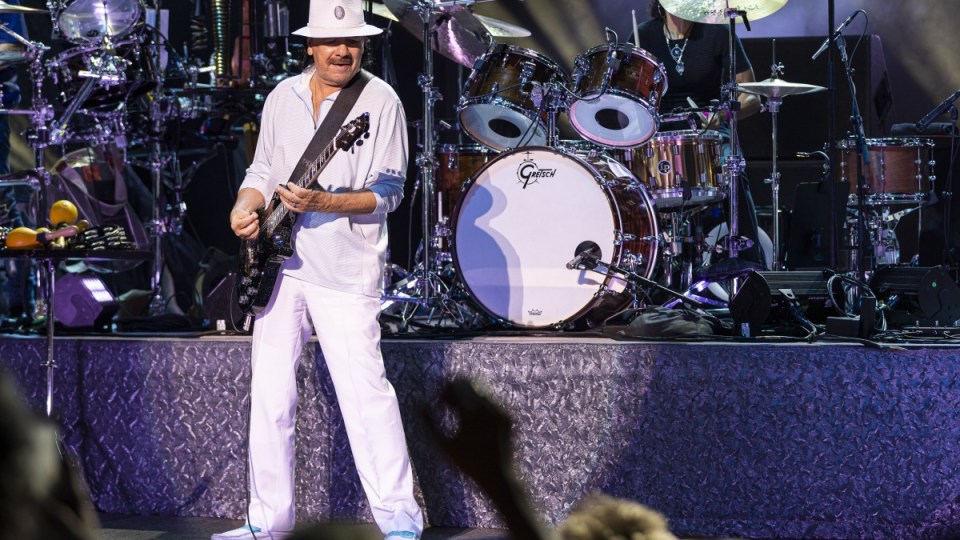 Guitarist Carlos Santana has postponed the next six shows of his tour “out of an abundance of caution for the artist’s health”.

Doctors have recommended the 74-year-old musician “gets rest to recuperate fully” after he collapsed on stage during a performance in Michigan.

Representatives said Santana was “doing well” and was recovering in hospital following the incident on Tuesday, during which he was “overtaken by heat exhaustion and dehydration”.

“Doctor’s have recommended that Mr Santana gets rest to recuperate fully,” the musician’s manager Michael Vrionis said in a statement on Friday.

Dates in Indiana, Ohio, Wisconsin, Arkansas, and Texas have been postponed.

The incident in Michigan occurred during Santana’s Miraculous Supernatural Tour, which the band is currently engaged in with fellow rock band Earth, Wind & Fire.

Santana was attended to by multiple staff members and medical personnel onstage.

Videos shared on social media showed the musician being helped off the stage and waving to fans as he exited.

Not the first scare

Santana was forced to postpone part of a Las Vegas residency in December last year, following an “unscheduled” heart procedure.

He resumed the residency in January and began the North American tour in March.

Meanwhile, Canadian singer Shawn Mendes has made the “heart-breaking” decision to postpone three weeks of his tour to look after his mental health.

“I’ve been touring since I was 15,” Mendes said. “To be honest it’s always been difficult to be on the road away from friends and family.

“After a few years off the road, I felt like I was ready to dive back in, but that decision was premature and unfortunately the toll of the road and the pressure has caught up to me and I’ve hit a breaking point.

“After speaking with my team and health professionals, I need to take some time to heal and take care of myself and my mental health, first and foremost.”