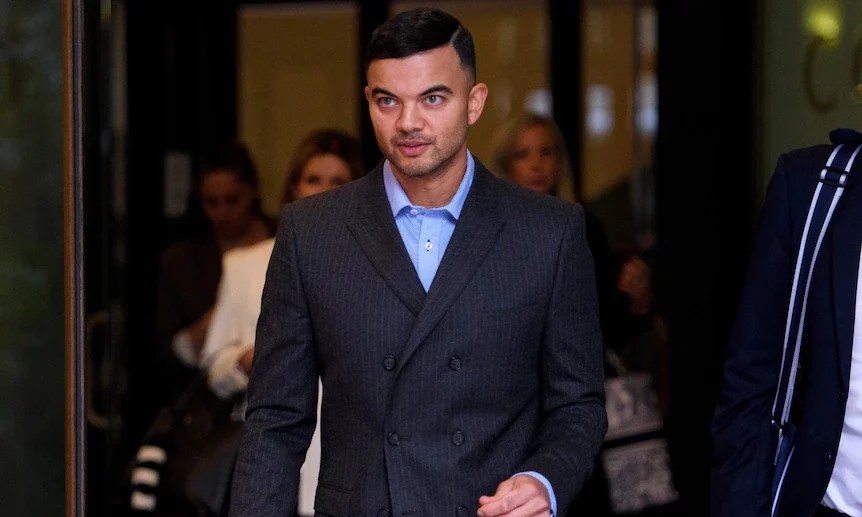 Guy Sebastian says he is relieved the long-running case is over. Photo: AAP

Guy Sebastian has spoken out following his manager being found guilty of embezzling more than $600,000 from the star.

“I was just really relieved at the end. It‘s been four years of going through something pretty painful,” Sebastian told Sydney radio 2GB on Friday.

“I feel a lot of things. Vindicated is absolutely one of them.”

Sebastian’s former manager, Titus Day, faces a likely jail sentence after he was found guilty of dozens of fraud charges on Thursday.

Day, 49, had pleaded not guilty to more than 50 charges alleging he embezzled almost $900,000 owed to Sebastian through royalties, performance and ambassador fees.

But a jury on Thursday convicted him of 34 charges, while they found him not guilty of 13 charges.

Sebastian also spoke to the Seven Network’s Sunrise on Friday from Wagga Wagga, where he is due to begin a 500-kilometre walk to Sydney to raise money for mental health.

He said he “couldn’t have hoped for better timing” with Thursday’s verdict, after a trial that ran for nearly two months.

“It’s almost perfect timing even though it was a lot to absorb yesterday,” he said.

“But I am glad that we can do this and be out on the road and really have time to absorb everything and have all the support of all these beautiful Wagga people coming out to meet us.”

The Australian Idol winner’s comments aired hours before the Crown unsuccessfully tried to have Day’s bail revoked, saying he broke his client’s trust over a period of at least three years.

“He occupied respect of the victim and the specific trust that was placed in him in the role he performed,” crown prosecutor David Morters SC.

“It was a special relationship in some respect”.

Day’s barrister Dominic Toomey SC submitted that there was scope to sentence his client to an intensive corrections order and that the judge should first proceed to a sentence hearing before imposing any jail time.

Judge Timothy Gartelmann said there was no risk that Day would not re-appear in court and dismissed a detention application.

“This doest not mean the accused will not be sentenced to full-time imprisonment nor does it mean it is unlikely,” Judge Gartelmann said.

The judge ordered Day surrender his passport and report to Waverley police station once a week.

The jury was told no contract was ever formalised between Day and Sebastian when he took over managing the singer via his company 6 Degrees between 2009 and 2017.

The pair’s business relationship ended in an acrimonious split, and the pop singer filed a civil lawsuit in the Federal Court in July 2018.

Two years later he approached police when he says he discovered criminal behaviour.

The matter will next return to court on September 16.