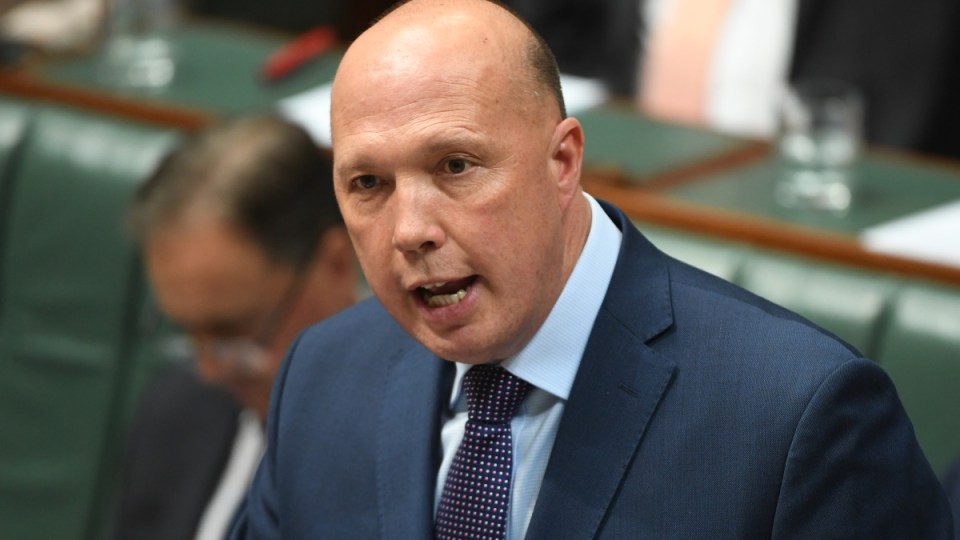 Defense Minister Peter Dutton says there is no substance to Labor's claim it was kept in the dark about the AUKUS deal. Photo: Getty

Peter Dutton has accused Karl Stefanovic of being “provocative” as the Defence Minister hit back at claims his government is ill-prepared to protect Australia from future threats.

Mr Stefanovic questioned Mr Dutton about how Australia would defend itself from emerging threats in the next two decades, as the country waits to acquire nuclear vessels from the US or Britain.

“What happens to Australia over the next 15 years while we’re facing these threats? Mr Stefanovic asked on Tuesday.

“What are we doing to shore up things apart from nuclear subs that will be 20 years away?”

“They’re not 20 years away. You’re being very provocative this morning,” Mr Dutton said in reply.

“When you look at what we’ve done in AUKUS, it’s not just the subs… It’s the alliances we’re forming, it’s about being with strong and powerful friends who share our values so we can stare down any aggressor.

“We do have a very uncertain set of circumstances, and we need to deter that because our country… wants peace.”

Mr Dutton hinted at a plan to fast-track Australia’s nuclear submarine program on Sunday, prompting questions about whether the government can keep pace with its pre-election national security rhetoric.

However, Prime Minister Scott Morrison confirmed on Monday no major decisions would be made on the proposed program ahead of the upcoming federal election.

Mr Dutton on Sunday told the ABC there would be an announcement “within the next couple of months about which boat we are going with [and] what we can do in the interim”.

The Defence Minister defended his position on Tuesday, accusing people of “making mischief” by missing his point.

“It’s always been the plan that during the course of the 18 months we would make an announcement on which submarine we’re going with, and then the balance of the 18 months would be talking about all of the detail of delivering it,” Mr Dutton said.

“We’re not far off that phase. I made the point within the next… few months. I didn’t say it would be before the election. [Some] have tried to spin it into that, but that’s not the case.