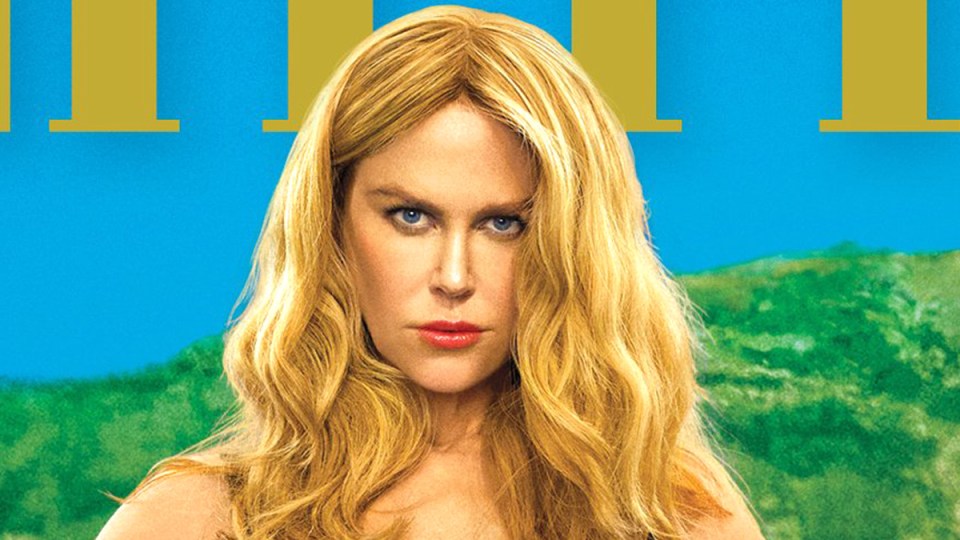 Nicole Kidman has set off a storm with her Vanity Fair covershoot. Photo: Twitter

Australian acting royalty Nicole Kidman is being roasted online after stripping down for a revealing magazine cover shoot.

Fans have slammed the styling and “really bad Photoshop” in the 54-year-old Oscar winner’s cover for Vanity Fair‘s 2022 Hollywood issue.

Nicole Kidman is again nominated for a best actress Oscar this year, for her turn as Lucille Ball in Being The Ricardos. Despite that, she told the magazine she still doesn’t think of herself as a movie star.

“I’m a little oddball. I’m in a state of just being willing to go with the flow,” she said.

“I’m just still in that place of going, ‘I’m not quite sure what defines a movie star … I still approach acting like I’ve just come out of drama school.”

But it’s the “terrible Photoshop job” in her cover shot – which shows Kidman wearing only a Miu Miu two-piece – that has sparked controversy. The skimpy black top and matching mini are matched with knee-high grey socks and brown and white pointed pumps.

“No 54-year-old’s body looks like that, not even Nicole Kidman’s. Why are we still doing this s–t?” read one popular Twitter response to the cover.

“She is a beautiful woman and can do whatever she wants with her body. It‘s a criticism of the magazine’s stylistic choices and insane air-brushing.”

“Nicole has a great body, and that’s not her body. Her shape is not like that at all. Why they have to Photoshop?” asked another fan.

“Why Vanity Fair decided to ruin Nicole Kidman and Penelope Cruz with all this Photoshop?” wrote another.

But not everyone was unhappy, with other Twitter users accusing people of “body-shaming” the Hollywood star.

“I take issue with the word heavily. Almost all photoshoots for prof magazines get Photoshopped. But ‘heavily’ on this one is not it. People keep using heavily, you would think Nicole Kidman looks like Shrek irl,” wrote one fan.

“And yet you see paps pics of her and it is close to what you see here.”

Kidman also tells the magazine about playing Ball in the movie that earned her this year’s Oscars nod.

“Aaron Sorkin wrote her as the smartest person in the room, because she was,” she said.

“A lot of times, particularly as a woman, if you’re smart, there’s a lot of apology” – but not for Ball, she noted.