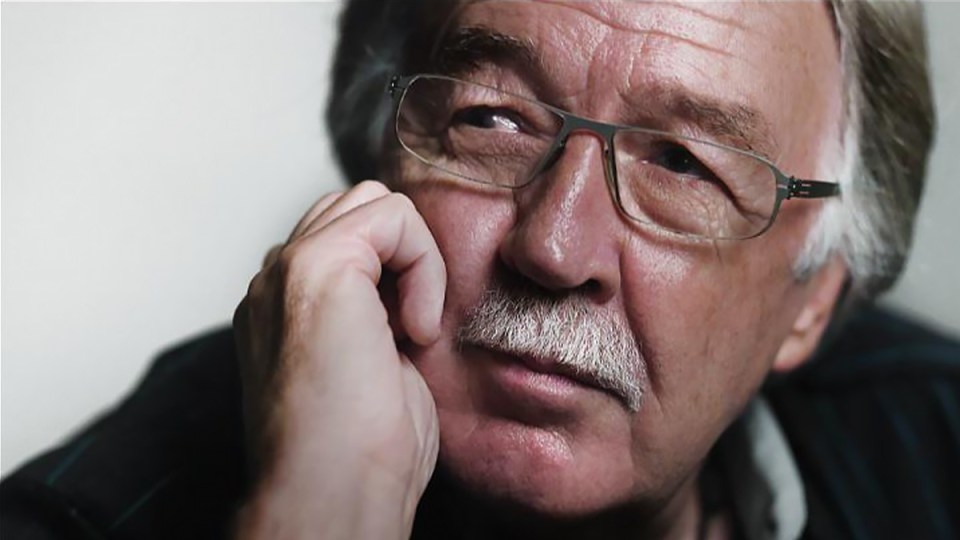 George Negus' career began in his late 20s, leaving the teaching profession for a reporter's job at The Australian and AFR. Photo: Negus Media

One of Australia’s most respected journalists who made famous the “wonderful, warm, common touch” in interviews, George Negus AM, will soon celebrate his 80th birthday after being diagnosed with dementia from Alzheimer’s disease.

His wife, filmmaker Kirsty Cockburn and adult sons Ned and Serge, shared the diagnosis in a statement on Wednesday evening, saying the family continue to share “wonderful times” with their beloved husband and father, aged 79.

“As a family, we are sharing the new path we walk as George faces the realities of his diagnosis of dementia from Alzheimer’s disease.”

The Nine Network reported Negus moved into a Sydney nursing home late last year after living for many years at Bellingen on the New South Wales north coast.

The Project‘s Lisa Wilkinson echoed the sentiment of many on Thursday, taking to Instagram to send good wishes.

“George’s warm words of encouragement when I first joined Today meant the world,” she shared, fondly recounting the time he co-hosted the show with her.

“He inadvertently found himself co-hosting with me for hours running expert political commentary on the day Julia Gillard took office in 2010 (after originally turning up for just three minutes to talk World Cup Soccer).

“It was an honour, a privilege and a joy I will never forget.”

And Mumbrella managing editor Andrew Banks said “what a cruel disease for a man of knowledge and immense journalistic talent”.

The family said in a statement that they appreciated “all the good wishes from near and far at this time”.

In one of his last public appearances in late 2020, Negus appeared via video link at a memorial service for his former boss, 60 Minutes executive producer Gerald Stone, who passed away aged 87.

The Sydney Morning Herald reported Negus addressed Stone’s wife Irene, saying: “I am not sure if you guys realise my own father died at 26 when I was only four years old.

“For the period I found myself working with Gerald was the closest I felt to being fathered.”

With a career spanning five decades travelling the world interviewing celebrities, rock stars, world leaders and sporting legends, the devastating diagnosis has shocked and saddened everybody who remembers his style on camera.

As one of four founding presenters of Nine’s 60 Minutes (from 1979 to 1986), Negus is probably best known for being that journalist who interviewed the late British Prime Minister Margaret Thatcher in 1981, in a tense exchange that is still famously talked about to this day.

“And the most powerful woman on the planet, how do you resist?”

Negus recalled he asked The Iron Lady only two of 20 questions he had prepared, because “she was so boring”.

“So I became a little more politico personal it could be said, and that’s when the fun started”, he recalled.

He asked the PM: “Why do people stop us in the street almost, and tell us that Margaret Thatcher isn’t just inflexible, she’s not just single-minded, on occasion she’s plain pig-headed and won’t be told by anyone?”

She replied, and repeatedly asked: “Would you tell me who has stopped you in the street and said that … tell me who … and where … and when.”

After the interview aired, Negus said he could get tables in London restaurants that he couldn’t get before.

Negus had five major television jobs not only on 60 Minutes, but the ABC’s Foreign Correspondent and This Day Tonight, Nine’s Today, and he presented SBS’s flagship current affairs program, Dateline.

His journalism career started after he left the teaching profession as a high school teacher in his late 20s.

The University of Queensland arts and journalism graduate got a job at The Australian and the Australian Financial Review, where he worked for several years.

His skill set emerged though while on the road with 60 Minutes, crafting a laconic on-camera style, with a thick-set moustache and cheeky looks.

He traversed the planet, showcasing the best and worst of humanity, people and countries without fear or favour.

He secured an exclusive interview with INXS band members after lead singer Michael Hutchence’s tragic death in 1997, and covered the Israeli conflict in interviews with several of its leaders and peace brokers.

He has also sat down with the entire last generation of Australian prime ministers and dozens of national icons including Cathy Freeman and Paul Hogan.

Negus, who was born in 1942, will celebrate his 80th birthday on March 13 surrounded by his family and friends.