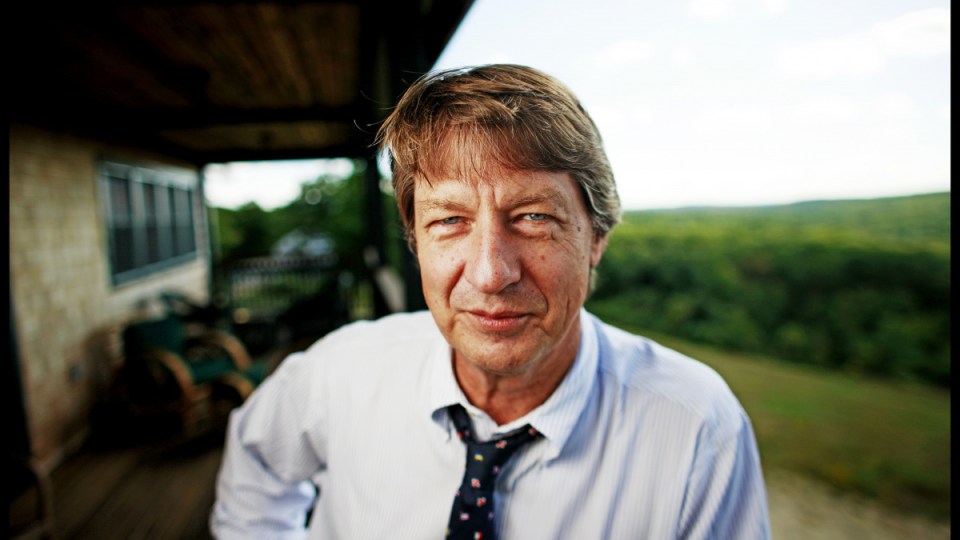 PJ O'Rourke's books included the bestsellers Parliament of Whores and Give War a Chance. Photo: Getty

PJ O’Rourke, the prolific author and satirist who re-fashioned the irreverence and “Gonzo” journalism of the 1960s counterculture into a distinctive brand of conservative and libertarian commentary, has died at 74.

O’Rourke died on Tuesday morning (US time), according to Grove Atlantic Inc Books publisher and president Morgan Entrekin. The cause was complications from lung cancer.

Patrick Jake O’Rourke was a Toledo, Ohio, native who evolved from long-haired student activist to wavy-haired scourge of his old liberal ideals, with some of his more widely read takedowns appearing in a founding counterculture publication, Rolling Stone.

His career otherwise extended from serving as editor-in-chief of National Lampoon to a brief stint on 60 Minutes, in which he represented the conservative take on Point/Counterpoint; to frequent appearances on NPR’s game show Wait Wait … Don’t Tell Me!.

O’Rourke’s writing style suggested a cross between the hedonism of Hunter S Thompson and the patrician mockery of Tom Wolfe: Self-importance was a reliable target.

But his greatest disdain was often for the government – not just a specific administration, but government itself. As a young man, he opposed the government as a maker of war and laws against drugs. Later on, he went after what he called “the silken threads of entitlement spending”.

O’Rourke’s other books included Give War a Chance, Driving Like Crazy, None of My Business and A Cry from the Middle. Entrekin told the Associated Press that he had been working on a book on the US as seen from his hometown.

O’Rourke was an undergraduate at Miami University and received a master’s degree in English from Johns Hopkins University in 1970. He started out writing for such underground publications as the New York Ace and joined National Lampoon in 1973, where his colleagues included Douglas Kenney, who later co-wrote Animal House and Caddyshack and with O’Rourke edited the parody National Lampoon’s 1964 High School Yearbook.

Over the following decades, he became a familiar presence as a writer and pundit. He covered war and unrest from El Salvador to the Philippines, while mocking “the dictatorship of boredom” back in the US.

“In July 1988, I covered the specious, entropic, criminally trivial, boring stupid Democratic National Convention, a numb suckhole stuffed with political bulk filler held in that place where bad malls go to die, Atlanta,” reads a dispatch from Parliament of Whores, his 1991 bestseller.

“Then … I flew to that other oleo-high colonic, the Republican convention, an event with the intellectual content of a Guns N’ Roses lyric.”

Like other long-time conservatives, O’Rourke’s loyalties were tested by the rise of Donald Trump. O’Rourke had little use for Democratic candidate Hillary Clinton in 2016, but he found he could live with her “lies and all her empty promises”.

“I mean, this man (Trump) just can’t be president,” he said on NPR. “They’ve got this button, you know, in the briefcase. He’s going to find it.”