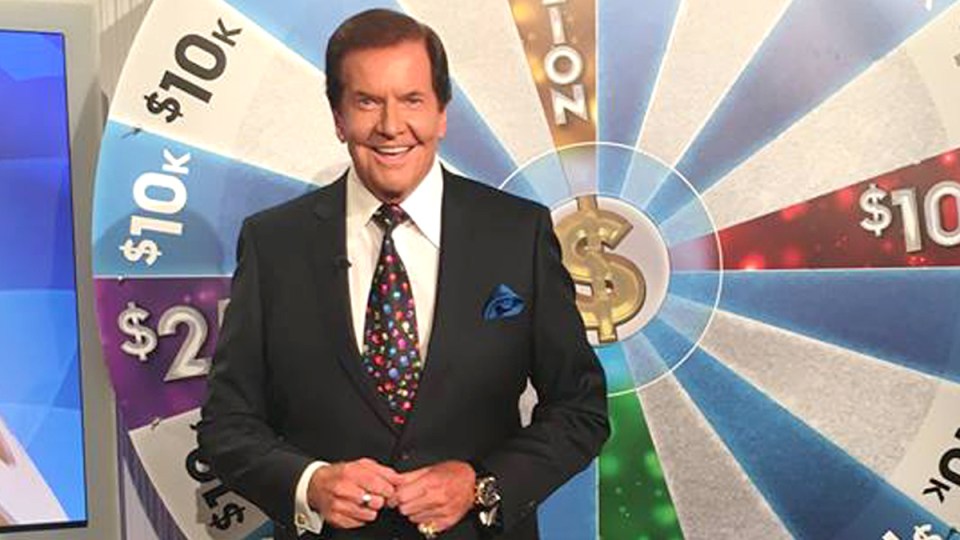 Burgess, best known as the host of TV's Wheel of Fortune is recovering at home.

TV legend “Baby” John Burgess has spoken out after spending almost a week in hospital with a life-threatening health scare.

Burgess, who is best known as the host of Wheel of Fortune in the 1980s and 1990s, was discharged from Royal Perth Hospital on Tuesday.

It came after the 78-year-old reportedly spent six nights in intensive care after being rushed to emergency.

He confirmed the health emergency in a tweet on Saturday and to the Nine Network late on Tuesday.

“Passing out mid-speech, or just going to sleep. I couldn’t get up off the bed,” he said.

In his tweet, Burgess apologised to loyal fans for skipping his habitual TGIF (Thank God it’s Friday) joke. He said he was being treated for “blood poisoning” but was “on the road to recovery”.

“I am in Royal Perth Hospital with a serious bacterial infection leading to blood poisoning but the good folk here have got me on the road to recovery. Let’s talk next week,” Burgess wrote.

Burgess, who is also famous as the host of Burgo’s Catchphrase, is now the host of a radio show on Perth’s 6iX.

His manager, Evan Broadway, told the The West Australian newspaper this week that Burgess was keen to get back to work.

“He wanted to work Saturday, and we said, ‘Nah mate have the weekend off, just take the day off’,” Mr Broadway said.

“But that’s just how loyal he is to his listeners.”

Burgess is recuperating at home with his wife, Jan, and doesn’t yet know when he will return to work.

“I’m hoping to be back on the radio on Saturday but we will have to wait and see. I’m going home now with my fiercest critic, my wife, so she’ll be in charge,” he told Nine.

He was treated with antibiotics, with doctors yet to determine the source of his infection. Left untreated, it might have caused sepsis, leading to organ failure, tissue damage or death, they said.

“I don’t mind telling you, it’s been a bit of a fright, not just for me but my beautiful wife, Jan, who’s been fantastic,” Burgess told Nine.