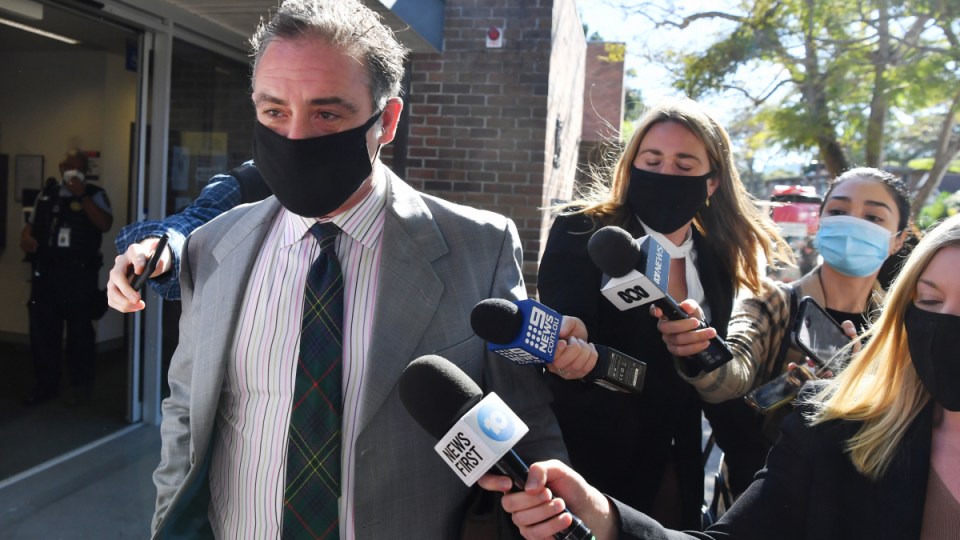 He was charged with possession of a prohibited drug when his case was briefly mentioned in Sydney’s Central Local Court on Friday.

The former Seven Network presenter remains in custody as he did not apply for bail and it was formally refused.

Last Friday O’Keefe, who was already on bail for a separate alleged incident of assault, faced court via video-link charged with another two counts of intentionally choking a person, three of common assault, and assault occasioning actual bodily harm.

Police allege O’Keefe grabbed a 38-year-old woman by her throat, pushed her to the ground, and punched and kicked her in his Sydney CBD unit

But his lawyer said he acted in self-defence after the woman turned up at his Kent Street apartment uninvited, and caused “substantial injuries” to O’Keefe during the fight.

A medical report tendered in court last Friday outlined the former Deal or No Deal host’s clinical depression, post-traumatic stress disorder, and “severe” methamphetamine use disorder, among other conditions.

O’Keefe, 50, was ordered to appear by video link in court again next Friday.

Huffing and puffing by the numbers: Why gyms are so infectious
Music legend Wheatley dies after COVID battle
Today's Stories