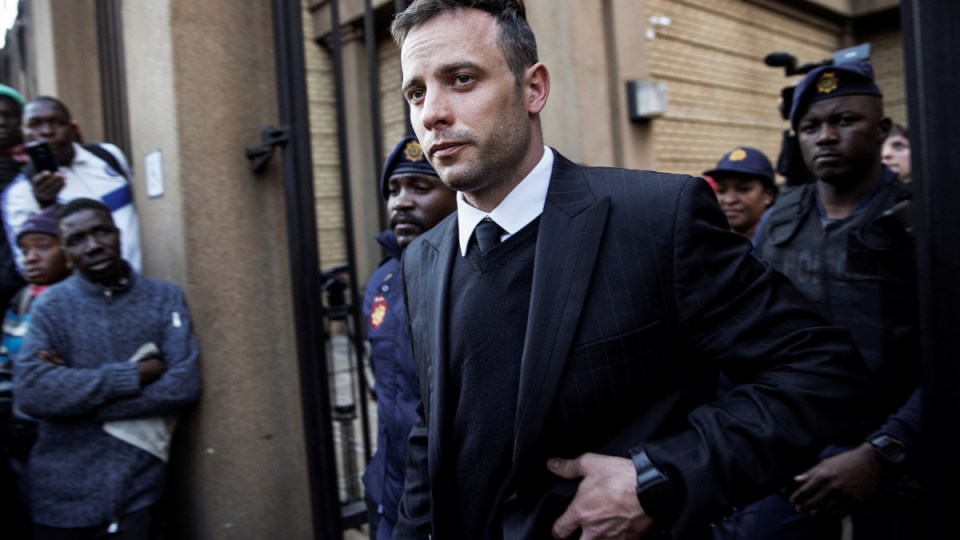 As part of the former Paralympian's process to be released, he will meet his victims parents. Photo: Getty

The parents of Oscar Pistorius’ murdered girlfriend are preparing to meet the former Paralympian and their daughter’s killer.

Reeva Steenkamp’s mother and father will soon come face to face with Pistorius, to take part in what is described by South African authorities as “restorative justice”.

It comes after the South African athlete was transferred to a prison closer to Barry and June Steenkamp on Monday to enable the meeting, as part of the process that could mean Pistorius is released from jail.

Pistorius shot and killed Ms Steenkamp on Valentines Day 2013. He has served half his 13 years and five months sentence.

Department of Correctional Services spokesperson Singabakho Nxumalo said in a statement Pistorius was moved from a prison in the South African capital of Pretoria, to one in the Eastern Cape, closer to where the Steenkamps live.

One major step of the process of release requires offenders to speak to their victims or relatives of victims and acknowledge the harm they’ve caused in person.

“The transfer is necessitated by the need to commence with the processes of a victim-offender dialogue as the victims are based in Gqeberha,” Mr Mxumalo said.

“Offenders participate in the victim-offender dialogue as part of their rehabilitation path, wherein they are able to acknowledge the harm they have caused to their victims and the society at large.”

The Steenkamp family were reportedly shocked at the request made three weeks ago but are willing to participate.

Tania Koen, the Steenkamps’ lawyer, told national broadcaster SABC that they “would like to participate in the victim-offender dialogue”.

“June has always said that she has forgiven Oscar. However, that doesn’t mean that he mustn’t pay for what he has done … Barry battles with that a bit, but that is something he will have to voice at the appropriate time,” Ms Koen said.

“The wound, even though so much time has passed, is still very raw.”

Authorities did not say when the meeting will occur.

“The timeframe … will be guided by the level of preparedness by all participants,” authorities said.

Reports suggest South African social workers will meet the Steenkamps before a face-to-face with Pistorius is arranged.

According to the BBC and Daily Mirror, the Steenkamps received a letter from Pistorius described as “emotionally distressing for them”, Ms Koen said.

The Department of Correctional Services asked not to pressure those involved to reveal what is discussed.