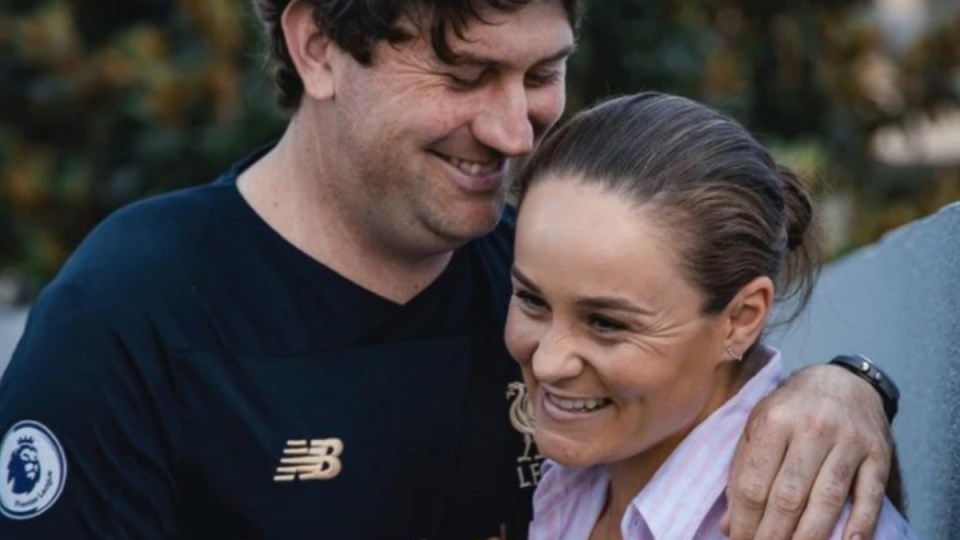 It’s been a big few years for Australian tennis star Ash Barty who has finished a third year on top of the world rankings.

Through the ups and downs on the journey to World No.1, Barty has had partner Garry Kissick by her side since the pair started dating in 2016.

When Barty won her first Wimbledon crown it was Mr Kissick’s face she searched for in the stadium before climbing into the Centre Court stands for an emotional victory hug.

Now the pair are celebrating another milestone, with Barty announcing Mr Kissick is her “future husband”.

The pair became engaged on November 15 and confirmed their plans on Tuesday night in sweet Instagram posts celebrating their love for each other.

Barty shared photos of the pair hugging and smiling, a diamond engagement ring on her finger.

Mr Kissick, a trainee golf professional at the Brookwater Golf and Country Club in Queensland, shared two photos the caption, “I love you @ashbarty”.

Barty, from Ipswich, recently joined tennis greats Steffi Graf, Martina Navratilova, Serena Williams and Chris Evert as the only players to finish the year in the number one spot for three straight years.

The 25-year-old won WTA singles titles in 2021 and earned a doubles bronze medal at the Tokyo Olympic Games in July.

Mr Kissick travels around with his partner, occasionally sharing photographs of their adventures.

The couple went public with their relationship at the John Newcombe Awards in 2017 but – apart from the occasional court-side display of affection, like the one at Wimbledon – they have always kept their personal lives relatively low-key.

Fellow sports stars have joined in the celebrations as the pair announced their big news.

“OMG – Congrats. So happy for you both,” tennis champion Sam Stosur posted.

And Barty received a note from her other love – the AFL’s Richmond Tigers – who also expressed best wishes to the tennis champ.

First UK polio outbreak in 40 years: How it happened
Why Netflix is rolling the dice on a reboot of teen drama series Heartbreak High after 22 years
Today's Stories