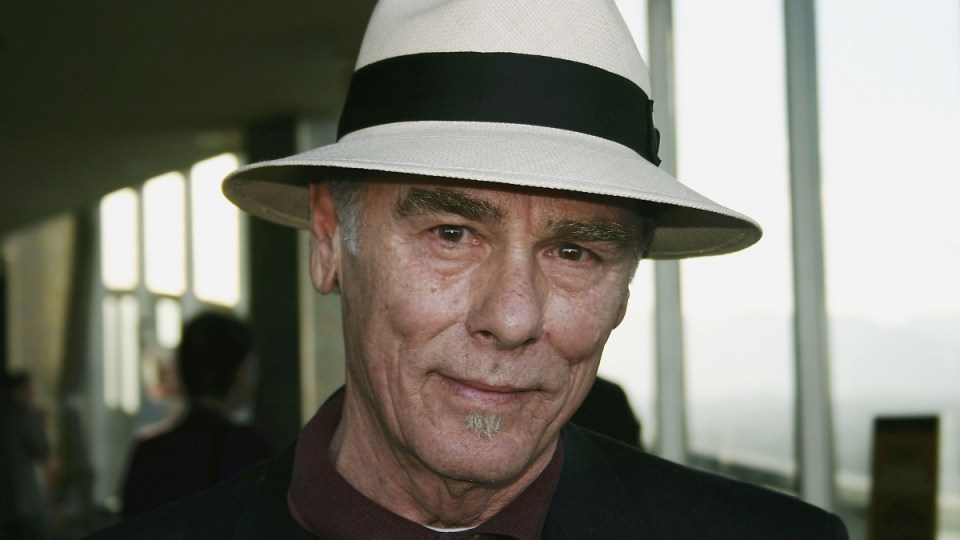 Actor Dean Stockwell has died at the age of 85. Photo: Getty

Dean Stockwell, a top Hollywood child actor who gained new success in middle age in the sci-fi series Quantum Leap and in a string of performances in film, including Blue Velvet, Married to the Mob, and Paris, Texas has died. He was 85.

The actor died from natural causes at home on Sunday (US time), a statement from the family said.

Stockwell was Oscar-nominated for his comic mafia kingpin in Married to the Mob and was four times an Emmy-nominee for Quantum Leap.

But in a career that spanned seven decades he was a supreme character actor whose performances – lip-syncing Roy Orbison in a nightmarish party scene in Blue Velvet, a desperate agent in Robert Altman’s The Player, Howard Hughes in Francis Ford Coppola’s Tucker: The Man and His Dream – did not have to be lengthy to be mesmerising.

Stockwell’s own relationship with acting, having started on Broadway at age seven, was complicated. He quit show business several times, including at age 16 and again in the 1980s, when he moved to Santa Fe, New Mexico, to sell real estate.

“Dean spent a lifetime yo-yoing back and forth between fame and anonymity,” his family said in a statement.

“Because of that, when he had a job, he was grateful. He never took the business for granted. He was a rebel, wildly talented and always a breath of fresh air.”

His Oscar-nominated role as Tony ‘The Tiger’ Russo, a flamboyant gangster, in the 1988 hit Married to the Mob led to his most notable TV role the following year, in NBC’s science fiction series Quantum Leap. Both roles had strong comic elements.

“If people hadn’t seen me in Married to the Mob they wouldn’t have realised I could do comedy.”

Starring with Stockwell in Quantum Leap was Scott Bakula, playing a scientist who assumes different identities in different eras after a time-travel experiment goes awry.

“The only time he ever complained was when we called him on the golf course and told him we were ready for him to come to work,” Bakula said on Tuesday.

“He used to announce his presence on the sound stage (if we hadn’t already caught a whiff of cigar smoke trailing in behind him), with a bellowed, ‘The fun starts now!’. Truer words were never spoken.”

Stockwell is survived by his wife, Joy, and their two children, Austin and Sophie.

Huffing and puffing by the numbers: Why gyms are so infectious
‘Never be the same’: UB40 founder mourned
Today's Stories