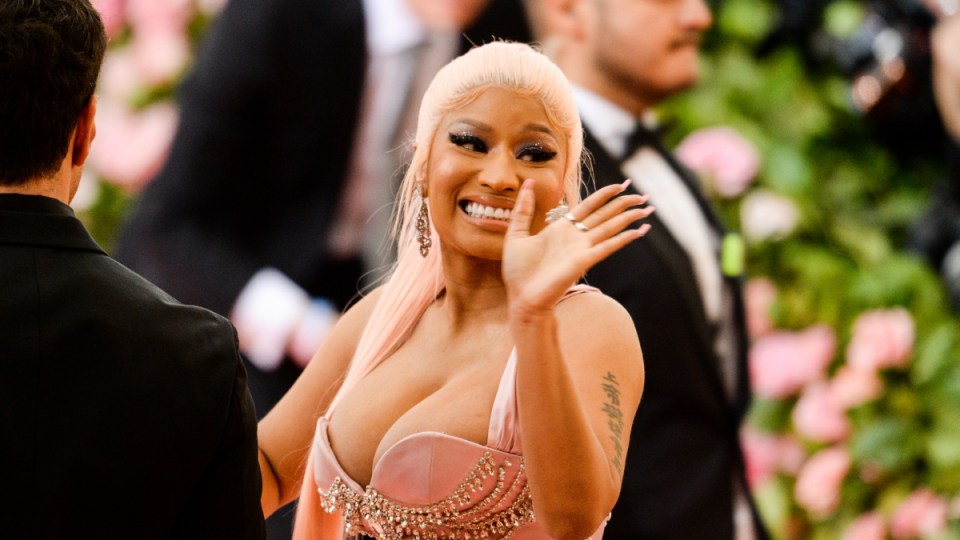 Minaj at the 2019 Met Gala – she skipped this week's 2021 edition because of her young child. Photo: Getty

The White House has offered to connect rapper Nicki Minaj with a Biden administration doctor to answer her questions about the COVID-19 vaccine.

It follows the Trinidadian-born rapper’s erroneous tweet alleging the vaccine causes impotence, which went viral earlier this week – even prompting a cheeky response from a NSW local health district.

On Thursday (Australian time), the White House said it had offered such calls with others concerned about coronavirus vaccines, as part of an aggressive public relations campaign to beat back rampant disinformation about the vaccine’s safety and effectiveness.

Minaj tweeted that “the White House has invited me” and “yes, I’m going”, but a White House official said the rapper was simply offered a call.

Minaj made headlines this week when she noted in a tweet to her more than 22.6 million followers that the Met Gala required attendees to be vaccinated, and that she wouldn’t get the shot until “I feel I’ve done enough research”.

She later issued a follow-up tweet sharing an unverified story about a cousin’s friend in Trinidad. The rapper asserted the unidentified individual “became impotent” and “his testicles became swollen” after receiving the shot.

Dr Anthony Fauci, the nation’s leading infectious disease expert, dismissed the claim as misinformation during an interview on CNN.

Western Sydney Health also made an impression with its response to Minaj’s tweet. The health authority responded with a side-by-side image of the common side effects of the vaccine, and a screenshot of Minaj’s tweet, with the caption: “Things that don’t happen after a COVID vaccine”.

The listed side effects include pain and swelling at the injection site, headaches, muscle pain, tiredness, fevers and chills, and joint pain.

The department promised to “leave the rapping to Nicki Minaj, if she leaves medicine to doctors and scientists”.

There was more controversy for Minaj this week, after claims she skipped Tuesday’s Met Gala because of a requirement for attendees to be vaccinated. In an angry tweet, she had told news outlets she was not travelling because she has a small child.

“But notice how none of them mentioned that?” she wrote.