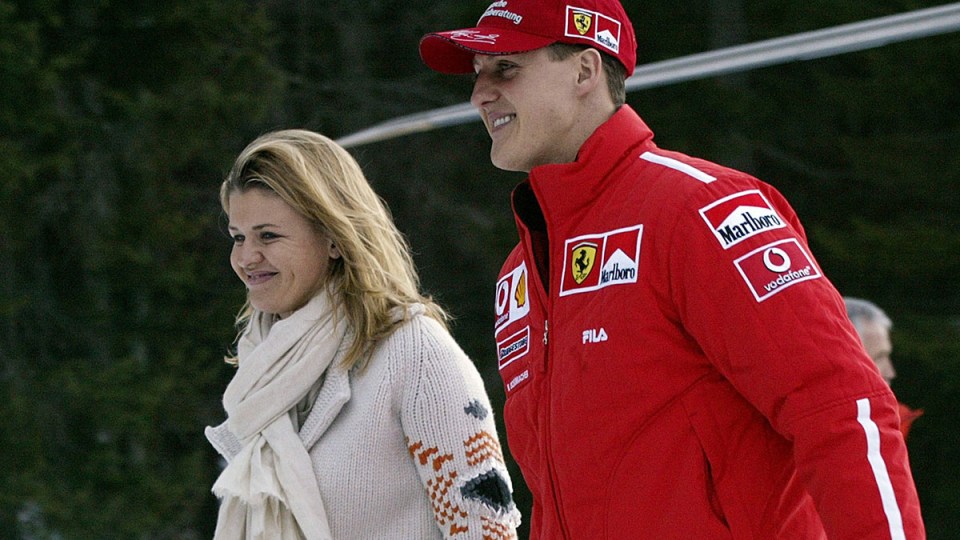 Michael Schumacher’s wife Corinna says the Formula One great is “different, but he’s here” as the 52-year-old continues his rehabilitation from a brain injury suffered in a skiing accident in December 2013.

The family have kept updates to a minimum since the accident and in an upcoming Netflix documentary, set to premiere on September 15, Corinna said privacy was very important to them.

“He still shows me how strong he is every day,” she said.

“We live together at home. We do therapy. We do everything we can to make Michael better and to make sure he’s comfortable. And to simply make him feel our family, our bond.

“And no matter what, I will do everything I can. We all will. We’re trying to carry on as a family, the way Michael liked it and still does. And we are getting on with our lives.

“‘Private is private’, as he always said. It’s very important to me that he can continue to enjoy his private life as much as possible. Michael always protected us, and now we are protecting Michael.”

Schumacher won two Formula One championships for Benneton in 1994 and 1995 and then five consecutively for Ferrari, between 2000 and 2004.

Michael and Corinna’s son Mick is in his debut Formula One season with Haas.