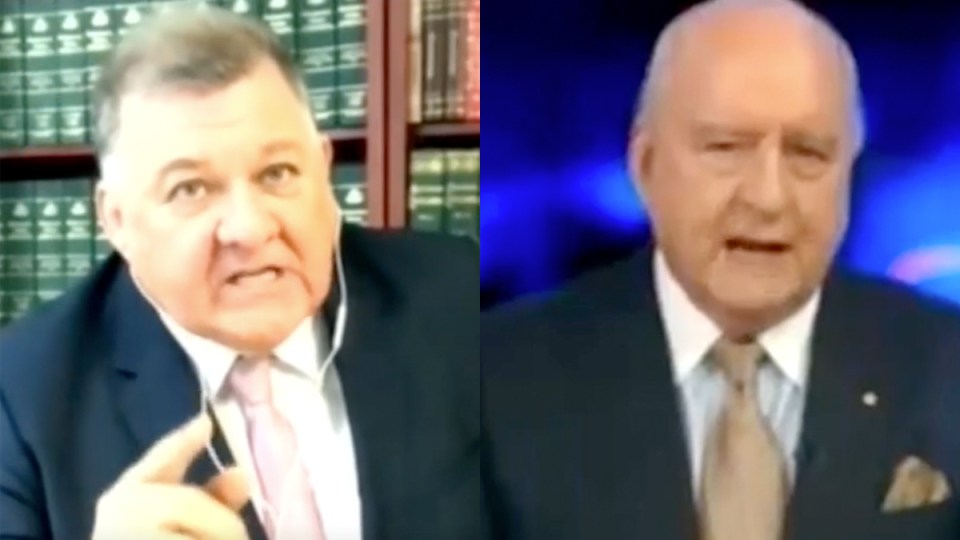 Craig Kelly and Alan Jones argued the Delta variant of the coronavirus is no more deadly than any others – despite their "evidence" being debunked.

Sky News has been forced into a lengthy correction for a segment in which host Alan Jones and ex-Liberal MP Craig Kelly indulged in a “grossly misleading” spray about the pandemic and vaccines.

The comments came in a Sky News broadcast on July 12 about Sydney’s COVID lockdown and Australia’s handling of the pandemic.

“This bids to be the greatest public administration scandal this state has faced,” Jones said.

“It is the most-greatest policy disaster I think this country has ever had,” he said.

The pair went on to discuss a technical coronavirus briefing from Public Health England. Titled SARS-CoV-2 variants of concern and variants under investigation in England and published on 9 July 2021, the document outlines differences between cases of the Alpha and Delta variants.

Jones and Mr Kelly used it to argue that the Delta variant hasn’t led to higher death rates from the virus.

However, in a correction published on its website on Tuesday, Sky News acknowledged the pair failed to properly consider further context in the technical briefing, which noted “case fatality is not comparable across variants”.

“The briefing pointed out that the variants ‘have peaked at different points in the pandemic, and so vary in background hospital pressure, vaccination availability and rates and case profiles, treatment options, and impact of reporting delay, among other factors’,” the correction said.

But Jones and Kelly went further. In comments described by the host of the ABC’s MediaWatch, Paul Barry as “grossly misleading”, they also discussed a table that showed deaths by vaccination status in confirmed cases of the Delta variant in England.

However, they failed to take into account the country’s high rate of vaccination in the elderly with underlying comorbidities – and who would be at risk of hospitalisation and death.

“England’s death rate from Delta is lower than from previous strains but that’s almost entirely because so many people there have now been vaccinated – which, of course, is not true of Australia,” Barry noted.

“Almost 90 per cent of UK adults have now received at least one jab,
while two-thirds have been fully vaccinated. And according to the UK government, having two COVID jabs could effectively give you 90-100 per cent protection against severe disease.

“The vaccination program there has also prevented more than 30,000 deaths.”

Sky News’ correction acknowledged the broadcast did not point out that England had more cases of the Delta variant in people who had not been vaccinated, compared to those who had.

“In Australia, where still the majority are unvaccinated, and the predominant strain is Delta, there will be, inevitably, more cases of the Delta strain in the unvaccinated,” it said.

MediaWatch devoted much of Monday’s episode to the comments. Barry said the death rate error had been debunked by the BBC, Reuters Fact Check and British fact-checkers Full Fact since it first appeared – apparently on a right-wing British blog site.

“To sum it up, both of Jones’ and Kelly’s claims that Delta’s not dangerous and vaccines won’t help you are wrong and ridiculous,” Barry said.

“It is a potential killer and vaccinations are saving lives.”

To finish its correction notice, Sky News acknowledge official Australian government advice that vaccination against COVID-19 was the single most effective way to reduce severe illness and death from infection.

“Sky News Australia would like to correct the statements in the broadcast, which has been removed from all platforms,” it said.

Nine out of 10 Australian infants aren’t getting enough iron in their diet
‘Can’t run the risk’: Victorian lockdown extended by a week
Today's Stories