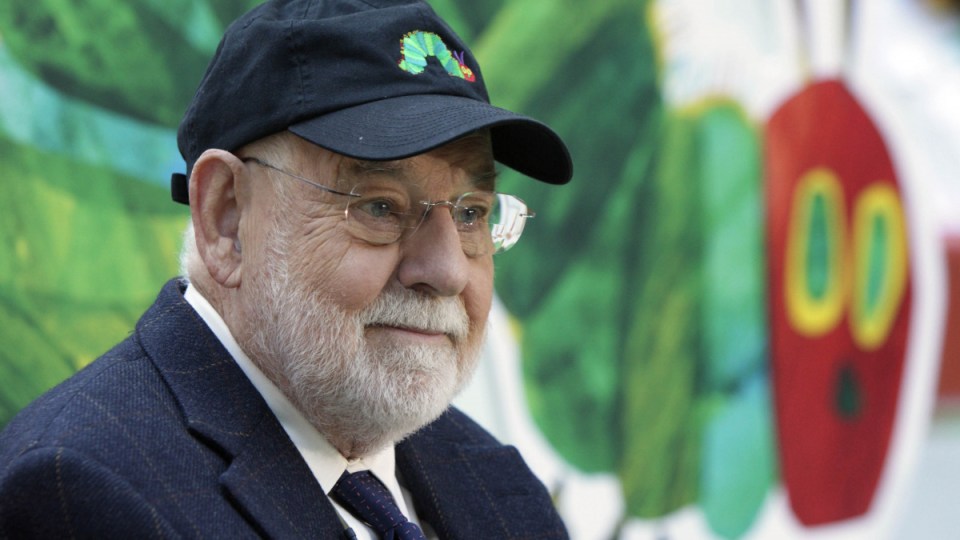 Eric Carle at a televised reading of his children's classic in 2009. Photo: AAP

Eric Carle, the beloved children’s author and illustrator whose classic The Very Hungry Caterpillar and other works gave millions of kids some of their earliest and most cherished literary memories, has died at 91.

Carle’s family says he died on Sunday (local time) at his summer studio in Northampton, Massachusetts, with family members at his side.

The family’s announcement was issued by Penguin Young Leaders.

Through books like Brown Bear, Brown Bear, What Do You See?, Do You Want To Be My Friend? and From Head To Toe, Carle introduced universal themes in simple words and bright colours.

“The unknown often brings fear with it,” he once observed.

“In my books I try to counteract this fear, to replace it with a positive message. I believe that children are naturally creative and eager to learn. I want to show them that learning is really both fascinating and fun.”

The Very Hungry Caterpillar, published in 1969, was welcomed by parents and delighted kids with its story of the metamorphosis of a green and red caterpillar with a touch of blue and brown to a proudly multi-coloured butterfly.

One of his last books was 2015’s The Nonsense Show, which centred on a parade of flying fish, cat-taming mice and circus animals.

As an illustrator, he said he chose to portray animals in unconventional colours to show his young readers that in art, there is no wrong colour.

“It sounds corny, but I think I connect with the child in me, and I think others do, too,” he told The Associated Press in 2003.