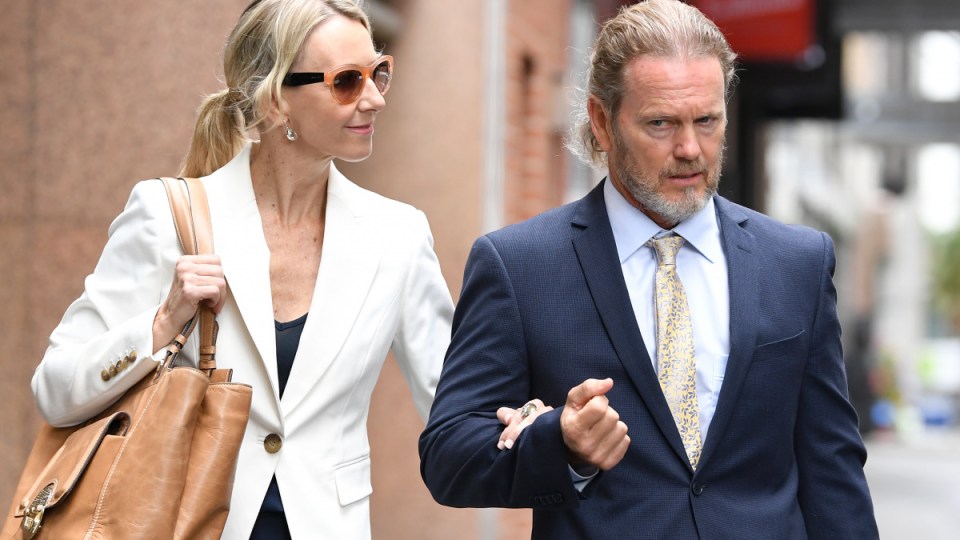 Craig McLachlan and his partner Vanessa Scammell arrive at his lawyer's office in Sydney on Friday. Photo: AAP

Actresses delayed coming forward about alleged assaults by Rocky Horror Show star Craig McLachlan because they feared for their own careers, prosecutors say.

Four women have accused McLachlan of assault and indecent assault onstage and behind the scenes during a run of the show in Australia.

They didn’t complain until afterwards because McLachlan played the lead role of Dr Frank-N-Furter, and was an influential figure, prosecutor Matt Fisher said.

“There was a very real power imbalance between the accused man and each of the complainants,” he told Melbourne Magistrates Court on Monday.

Mr Fisher said the women were McLachlan’s juniors in the show and worried about repercussions for their own careers.

The accused actor’s legal team said the women in question behaved playfully with McLachlan throughout the show, and walked around the set in underwear.

Mr Fisher said that line of argument was “impermissible” in this day and age.

McLachlan faces a combined 13 charges of indecent and common law assault onstage and behind the scenes during the Rocky Horror Show.

Allegations include he traced his finger around the line of an actress’s vagina onstage during a “bed” scene.

He was alleged to have kissed a co-star’s neck, breasts, stomach and buttocks on at least 20 occasions during performances.

Prosecutors said this wasn’t part of the role McLachlan was meant to perform.

In another instance, he allegedly knelt before a woman in a dressing room, told her she was beautiful and couldn’t stop thinking about her.

She also said McLachlan kissed her on the mouth, and she was shocked and didn’t participate.

The court was told the musical was a highly sexualised environment, both onstage and behind the scenes.

Closing arguments in McLachlan’s case are continuing. He vigorously denies the charges.