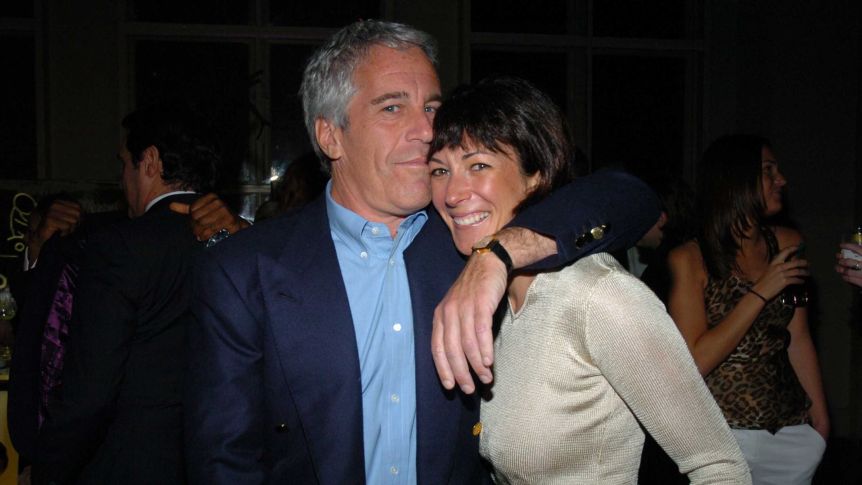 Ghislaine Maxwell's insist she was made a scapegoat after Jeffrey Epstein was found dead in his jail cell. Photo: Getty

In a moment when the world was ready to read Ghislaine Maxwell’s own words about convicted sex offender Jeffrey Epstein, there was a sense her testimony could reveal explosive details about the alleged sex trafficking ring they are accused of operating and who else might be involved.

Ms Maxwell was deposed during a 2016 defamation suit, but the transcript was only unsealed today, revealing her account of the Epstein case for the first time.

In the 465-page document, Ms Maxwell responds to questions about the alleged abuse and predation of girls as young as 14 with both broad denial and precise rebuttal.

Ms Maxwell repeatedly denies ever seeing Epstein engage in a sexual act and says she knows nothing about underage girls being at his properties.

Epstein is dead and Ms Maxwell is sitting in a Brooklyn prison, but for their accusers, that is nowhere near enough.

The alleged victims are seeking a kind of justice that is as far reaching as the depravity they say they endured and some had hoped the release of the Maxwell deposition would reveal who else may have to fall.

Yesterday, ahead of the document’s release, alleged Epstein victim Virginia Giuffre tweeted: “With more transparency, I am hopeful that all who helped perpetrate these heinous crimes will be held accountable.

“Watch the draconian oligarchs turn against one another.”

Coded messages, black books and flight logs were tended as evidence of a sophisticated global sex trafficking ring allegedly run by the pair for their own amusement and for that of their wealthy friends.

The women say when they were allegedly promised a better life, they were vulnerable and living at the fringes.

But even though the women had so little to their names, their abusers still found something to take.

Marie Farmer said she decided not to have children because she could never trust they would be safe. Ms Giuffre said a piece of her was taken and she could never get it back. Teala Davies said she lived with fear for her daughters — “everyone’s daughters”.

Large parts of the deposition have been redacted, although the names of some victims do appear.

Miami Herald journalist Julie Brown who investigated how Epstein secured a plea deal in his earlier conviction and eventually blew the case open, asked why some victims’ names remained visible to the public when presumably high-profile identities had been redacted.

There are sections of the deposition where, despite the redactions, the identities at the centre of questioning are apparent.

Ms Giuffre has alleged British royal Prince Andrew to be among the men to whom she was trafficked. She says it happened three times.

Both Prince Andrew and the palace have emphatically denied he had any form of sexual contact or relationship with Ms Giuffre, saying “any claim to the contrary is false and without foundation”.

At the centre of allegations involving Prince Andrew is a photo of the royal, Ms Giuffre and Maxwell. Ms McCawley appears to ask Ms Maxwell about that photo in the deposition.

Ms Maxwell said she did not recognise the photo and she was not sure it was real.

Ms McCawley persists and asks if Ms Maxwell’s house in London features the balustrade and painting seen in the image.

“I do have a picture,” Ms Maxwell said.

“Do you recall on the left-hand side having a railing that looks like that with sort of a bubble wood top?” Ms McCawley says.

Ms Maxwell also said Ms Giuffre’s characterisation of what happened in her London home was “ludicrous”, “an obvious lie” and “just not possible”.

“President Clinton” does appear unredacted in the document.

Ms McCawley asks: “You did fly on … Jeffrey Epstein’s planes with President Clinton, is that correct?”

Ms Maxwell says she has done so, but she is unable to say whether former US president Bill Clinton and Epstein are friends.

Among other questions about Ms Maxwell’s exposure to Epstein’s sexual demands, Ms McCawley asked about his nipples.

“Does Jeffrey like to have his nipples pinched during sexual encounters?” Ms McCawley asked.

“I’m not talking about any adult sexual things when I was with him,” was Ms Maxwell’s response.

Throughout the entire deposition, Ms Maxwell is careful to avoid commenting on girls under the age of 18. All her answers pertain to “adults”.

“I’m not interested in talking about under age,” she said.

“I can only testify to what I know, professional masseuses, adult, I cannot testify to anything else.”

At page 168, lawyer Ms McCawley asks Ms Maxwell to look at the evidence, including a police report that is in front of her, and says: “do you believe that Jeffrey Epstein abused any minor children?”

Ms Maxwell refers to the police report and says: “You gave it to me, I did not look at it.”

Among Ms Maxwell’s responses were lines about how she believed Ms Giuffre was a liar and that she was not aware why Epstein had gone to jail in 2008.

Epstein was originally convicted of securing and procuring an underage girl for prostitution in a plea deal that has been widely criticised.

Ms McCawley asked: “Do you know that he spent time in jail related to an issue with a minor child?”

“I did not know that,” Ms Maxwell said.

That defamation lawsuit was brought by Ms Giuffre who said Ms Maxwell defamed her when she publicly called her a liar for making allegations of sexual abuse and trafficking.

Ms Maxwell has long fought to have that evidence suppressed, arguing she would not get a fair trial if details were made public. But this week the second US court of appeals in Manhattan upheld an earlier judgement ordering the deposition be released.