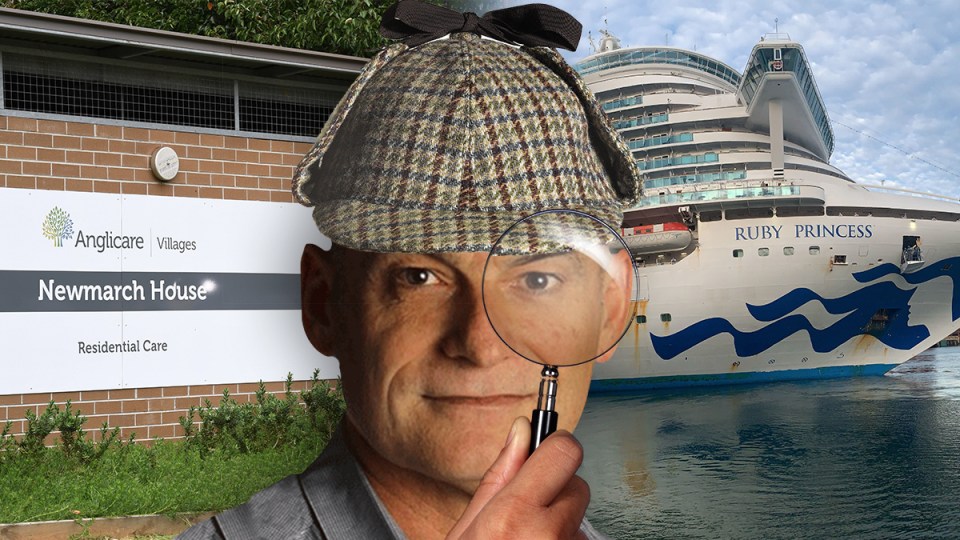 For those wanting to give Daniel Andrews a swift kick in the backside over Victoria’s coronavirus bungling, please take a ticket and join the queue.

For those preferring to take out their anger on Gladys Berejiklian over the latest pandemic outbreaks, surely another protest march will be staged later this week.

For those who believe only a jolt of electro-shock therapy can bring Scott Morrison back to life, the bus convoy for Canberra leaves shortly.

And if you simply believe this COVID-19 thingamajig is entirely overblown and wearing face masks is ridiculous and we damn well need to reopen the economy quickly before more jobs are lost and some of our powerful and very wise business leaders are forced to sell off a small portion of their property portfolios to make ends meet, then News Corp would like to talk to you about becoming a columnist.

But before we do all that, there’s something far more pressing that needs to take place.

What’s that you say? Another Royal Commission?

Yes, we do like an inquiry in this country.

We already have three current Royal Commissions under way – one examining last summer’s bushfires, another probing the abuse and neglect of people with disabilities, and another investigating the quality and safety of our aged-care services.

Throw in several other state-based inquiries, including Victoria’s management of police informants and deficiencies in its mental health system, and it’s easy to understand why Australian lawyers are those rare professionals who consistently profit from the failure of others.

But a national Royal Commission into the current pandemic is surely the only way we can understand how we came to this point and, just as importantly, how we might better prepare for future waves of the virus as well as other potential biological threats.

Compared to many other nations Australia was quick to introduce a suppression strategy that swiftly stemmed the rate of community infection and, in many states, has seen the virus all but contained.

But in many ways, Australia’s response to COVID-19 has also mirrored the way it tackled the Spanish ‘flu in 1919 – a rich stew of finger-pointing, one-upmanship among state leaders and inconsistent and confusing decision making.

Already we have NSW holding a special commission of inquiry into the Ruby Princess debacle that resulted in the deaths of more than 20 passengers when at least 440 of those on board the cruise ship tested positive to coronavirus.

Victoria is also conducting a judicial inquiry into the botched hotel quarantine system that involves allegations of incompetent oversight and misconduct among security guards that triggered several outbreaks of COVID-19.

While these probes will undoubtedly expose bureaucratic bungling and lead to improvements, once again we are left with a nation tackling pandemic issues in a piecemeal, state-by-state fashion.

Call it a Royal Commission, a judicial inquiry or a clinical scientific appraisal of our response over the past six months to the virus.

The title doesn’t matter. But the outcomes would.

A nationally co-ordinated assessment of Australia’s fight with coronavirus would not only examine why initial successes in stemming the pathogen’s progress were stymied, it would also address fundamental issues that lie at the heart of any national health and economic calamity.

One of the most complex and important of these – and our protocols remain unclear in many parts of Australia – is how patients should be given priority when hospital emergency departments are overwhelmed.

In the US, where some intensive care units are overflowing and bodies are being stored in refrigerated trucks because the morgues have run out of space, states like Arizona are only now introducing guidelines covering patient priority treatment.

In Texas, the COVID-19 unit in the Starr County Memorial Hospital is so over-run with patients doctors are now having to decide who to treat and who is to be sent home to die.

Other states are grappling with second wave infections as it becomes clear they lifted social and economic restrictions far too early.

The US is unravelling – socially, economically and racially – and much of the blame can be sheeted home to Donald Trump, who early on sneered at the potential damage the virus could inflict, dismissed the notion of lockdowns and then prematurely urged the country to get back to business.

Compared to Mr Trump, Mr Morrison proved to be a swiftly moving and decisive leader in the early months of the pandemic.

But in recent weeks he has clearly decided to step back.

“People don’t want commentary from their Prime Minister,” he said this week as Victoria’s new infection cases appeared to reach a new peak.

“They want action and the action we’re putting on the ground is to give the Victorian government every resource and support they need to get on top of this.”

That statement would have to be one of the most bizarre things we have heard from the Prime Minister.

People don’t “want” action from the federal government. They already pay for it. They demand and expect it.

They also expect a Prime Minister to proffer opinions on issues deeply affecting them.

Mr Morrison’s comments indicate someone buoyed by his latest polling, content to abdicate a national leadership role and allow growing public distrust over the handling of recent outbreaks in our two largest states to be directed at the premiers.

He needs to step up again and reunite a fracturing and frustrated country.

The best way to do it is with a Royal Commission so we are prepared – and united – to deal with the next catastrophe that comes our way.

Garry Linnell: We need a coronavirus inquest, and here’s where to start