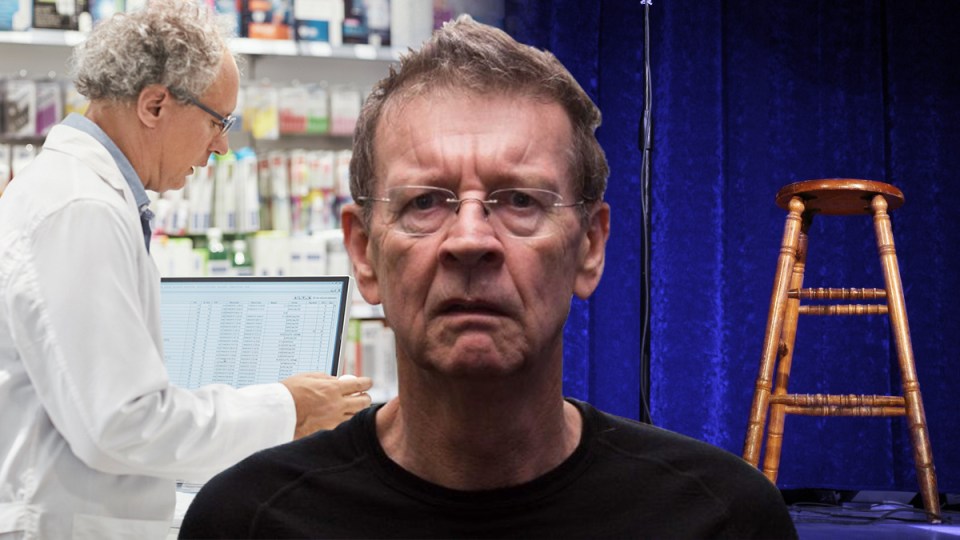 The world can be your stage, but only if you're brave enough. Photo: TND

The stand-up comedian emerges from the venue after a night’s work.

He leaves by the backdoor into the early morning gloom of the car-park. He is approached by a waiting woman.

“You’re fantastic!”, she says, “I love your show, in fact I love you and I will do whatever you desire.”

The stand-up pauses with furrowed brow, processing this information.

Finally he asks, “Did you see the first show or the second show?”

In these times, it is not considered safe for an audience to congregate in close proximity. All performances that require a room full of people are deemed null and void. Theatre, music, football and comedy are all cancelled in regard to public displays.

Football is putting a toe in the water, playing only to television cameras despite the paradox of being an intrinsically “contact” sport.

Drive-in movie theatres are being rediscovered and repurposed as stages where the performers and the audience are isolated and distant. It’s a pity we only have a handful of drive-ins in the Southern Hemisphere.

Those who have spent their lives developing a craft requiring a room full of people, seem increasingly desperate to be noticed. These performers are reduced to podcasts and video streams. Just as it’s probably uneconomic to organize passenger planes with every second seat empty, there’s no glory in an unfilled room.

Musicians and actors are now, understandably, calling for government financial support to continue their craft. It seems an amusing twist that the fundamentally free-market job of the arts tinker – Buy my wares! Roll up! Buy my wares! – is now becoming socialist.

The simple truth is that the performer needs an audience to find out whether the material works or not.

If I can return for a moment to the stand-up comedian and the woman in the car-park, the question that preoccupies him is, “Which bits did you like?” The proffering of delights is an afterthought.

I have gravitated to mediums, like this one, with no apparent audience, where you bring your imaginary audience with you. I also believe that one should evolve to a state where you are the same person in public and in private. While this can be thought of as the burden of being “on” all the time, you can just choose to be your outgoing, affable self. If you found fame as Cinderella’s ugly sister, so be it.

Can I suggest to those frustrated performers, bereft of an audience, that all the world’s a stage. (You can quote me.)

I recently went into a chemist and presented myself to the pharmacist in the solemn sealed section at the back of the shop.

Deadpan, I produced an N95 hospital mask from my pocket to show the seriousness of my concern.

“I know it’s important to wear masks like this in social spaces but I thought that if I wore underpants on my face people would naturally keep their social distance,” I offered.

The unsmiling earnestness of my tone left the pharmacist confused and unsure of how to respond.

“What outcome were you looking for?”, he ventured uncertainly.

“It’s comedy”, I replied. “You’ll get the hang of it eventually.”

He stood nonplussed and I walked away. You have to be prepared to fail in public.

Red Symons struts and frets: The perils of performing before imaginary crowds