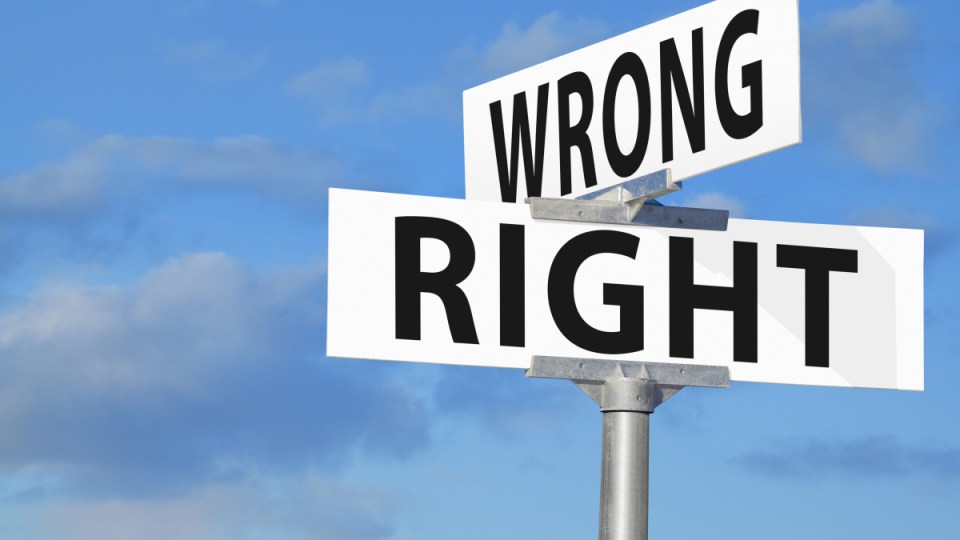 Morality handed down as a set of rules may not resonate as deeply as when people work it out for themselves. Photo: Getty

There’s a popular idea in sociology, but also generally in the more senior part of the public imagination, that the Western world has gone into steep moral decline over the past 50 years.

The falling away of religion, the blurring and breaking of old community norms and cohesion, and the rise of narcissistic and self-celebrating tendencies are all said to have led to a world that’s in greater moral disarray.

Dr Nicholas Hookway, senior lecturer in sociology at the University of Tasmania – and author of Everyday Moralities, Doing it Ourselves in an Age of Uncertainty – doesn’t believe this gloomy analysis is correct.

Dr Hookway – my guest in this week’s episode of The Covid Conversation – cheerfully admits he can come across as a “Pollyanna” and in fact is sometimes known as “the happy sociologist”.

But he argues persuasively that there is more to be gained in exploring how people make their moral choices instead of simply assuming that morality has lost its relevance.

He says: “We hear so much about moral decline and things are getting worse, but what’s really happening in people’s lives? How do they talk about morality? How do they understand it?”

His argument is that when people engage in DIY morality – that is, they put in to the contemplative work that leads them to make their own moral choices – they tend to feel the rightness of commonly held values more deeply than if they’re handed down to them.

This is a consequence, he says, of “recognising the moral power of being true to yourself or being authentic”.

To investigate DIY morality at work in the real world, he looked at blog posts – the online musings of ordinary people who are often working out their personal issues online.

Blogs can easily be seen as evidence of the self-absorption and narcissism that the doomsayers claim is wrecking our moral fabric.

Dr Hookway found something else:

“As a sociologist … I want to get my hands dirty, I want to get out there and talk to people and understand their lives and walk in their shoes, to understand morality from their perspective. My question was, how do I do this? How can we understand this in a deeper and more meaningful way?

“I thought about blog posts as a way of particularly looking at how people understand their moral choices … in a way I treated them as diaries … What I saw in the blogs were people reflecting about their everyday lives, reflecting upon their decisions (and) how to be better people: What they could do to perhaps help create a better society.”

He found much of the reflection going on was “highly intellectual”, a concept that isn’t readily ascribed to what we think of as ordinary people – and one that tends to be avoided like the plague in mainstream media because it’s assumed that the intellectual life is one confined to ivory towers.

What Dr Hookway found, though, was this deep thinking is firmly rooted in those ordinary, everyday lives and relationships.

“I think there’s something really powerful that we can learn about the make up of our society by looking at this ordinariness and this everyday-ness,” he says.

For more of what Dr Hookway discovered about the nature of everyday moral thinking – particularly the complexities of kindness– join us at The Covid Conversation, Episode 12.

DIY morality: How we’re working out what’s right and wrong for ourselves