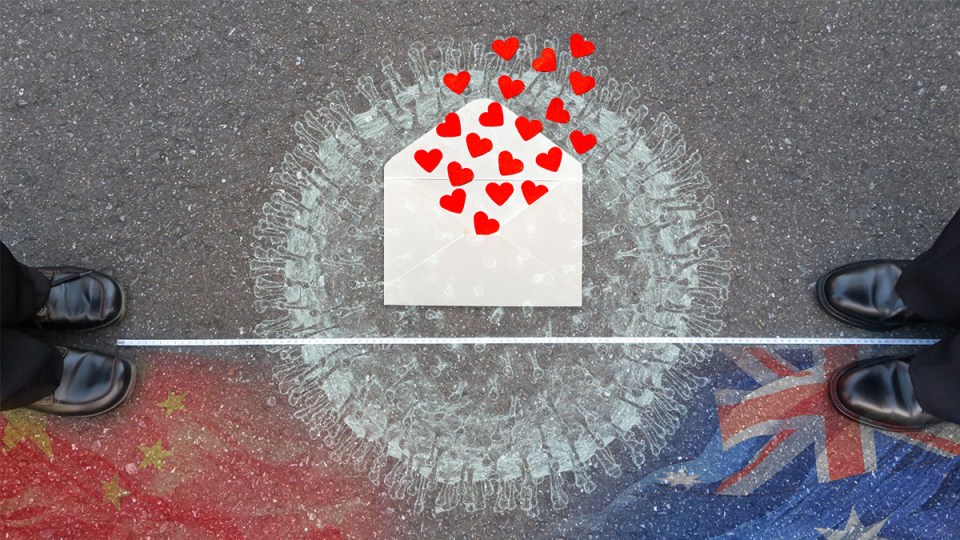 Red Symons shares a letter he wrote to a friend in China. Photo: TND
opinion

Greetings from the underside of the world. Your news that lockdown in Hanzhong is relaxing after a couple of weeks is heartening. It coincides with that same lockdown coming into effect here.

If one were to randomly pick a point in the middle of China, there’d be a good chance that you would hit Hanzhong. Unlike the coastal and political centres, I suspect there are no more than three Europeans in that city of three million. You’re a one in a million guy.

It is also pleasing to hear that your time in quarantine was a comfortable continuance of your normal life and working online.

When your daughter told me that you now lived there, with your wife, Hua, my first question was, “Does he speak the language?” She instantly erased this uncertainty, pointing out that you had spent the first decade of your life there.

I briefly entertained the idea that we have this in common. I, too, emigrated at 10 to Australia but the Britain of my origin is vastly dissimilar to the China of yours.

It has been less than a week here and the disruptions to my life have been minimal and interesting. I detached from the cogs of industry a couple of years ago and pursue my own purpose. We are reduced to “essential” services. What is politically and expediently essential is not the same as what is personally essential.

I truly miss going to the pool everyday.

Without the constant stream of populace, one sees the buildings and the sky and the trees and the grass. All the cars that were normally pressing urgently through are now just parked, sleeping.

I now notice things that were obscured by the bustle of life, not the obviously empty Grand Boulevards but the small details that I have overlooked in the years that I have passed them by.

This photo, outside the local butchers, history from a hundred years ago, seems to have a fellow wearing a mask. The butcher could provide no plausible explanation.

The CBD once had many young Asian students, some with masks. Now there are few and all have masks. What once seemed like a curious affectation now seems informed and civilised. We wear them too.

We are a month behind the global wave and every sneeze is a fearful imagined portent.

We live in a hamlet of older, educated people, and the isolation is expressed in courtesy and understanding. Those few “essential” services that remain open sell food and drink from the door and helpfully mark the pavement with crosses, indicating a reasonable spacing for a queue.

Children, denied schools, are drawing hopscotch and rainbows in coloured chalk on the pavement. 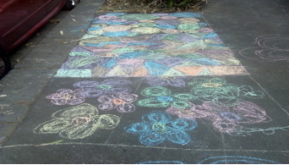 I saw my son the other day and we declined to embrace. Social distancing is mandated by the state and scrupulous epidemiology in your part of the world indicates that you don’t catch it from strangers on the street but from family and friends.

It hurts not to embrace my son.

A colleague gave an account of younger relatives blithely continuing with holidays to Uluru with their friends visiting from the UK. He accused them of disregarding the rules or imagining themselves impervious to the virus or stupidity.

My new rule is that it’s not one or the other. It’s all of the above.

“The Western high-dudgeon over one’s rights”, as you put it, is only a glimmer so far. There is a bleak karmic humour in the concentration of infection in wealthy suburbs. “You can’t expect me not to go to a cocktail party when I’m skiing in Aspen!”

I recall vividly my first moments on the freeway, having arrived in Los Angeles, when the driver, pulled over by a policeman, loudly argued his fundamental rights. In this country of Anglo-Irish convict origins, we more readily defer to authority; guilty until found otherwise. Happy with a warning.

We’re not calling syphilis the “American disease”, Mr President, despite significant evidence that it came from your hemisphere.

The last words you said to me before your return to Hanzhong last year were, “Look after Sally.”

It was stated without nuance; not paternalism, authority or demand.
I have contemplated beauty as physiology, intellect and character. As I look at those words now, they seem like milestones, in sequence, along the path of life, from the starting point to the destination.

These times of enforced isolation will tax some relationships. During the time that she and I spent together in the halfway house of Hong Kong, we were no-one in particular, alone and constantly together in another world. It was effortless and comforting.

I shall look after her.