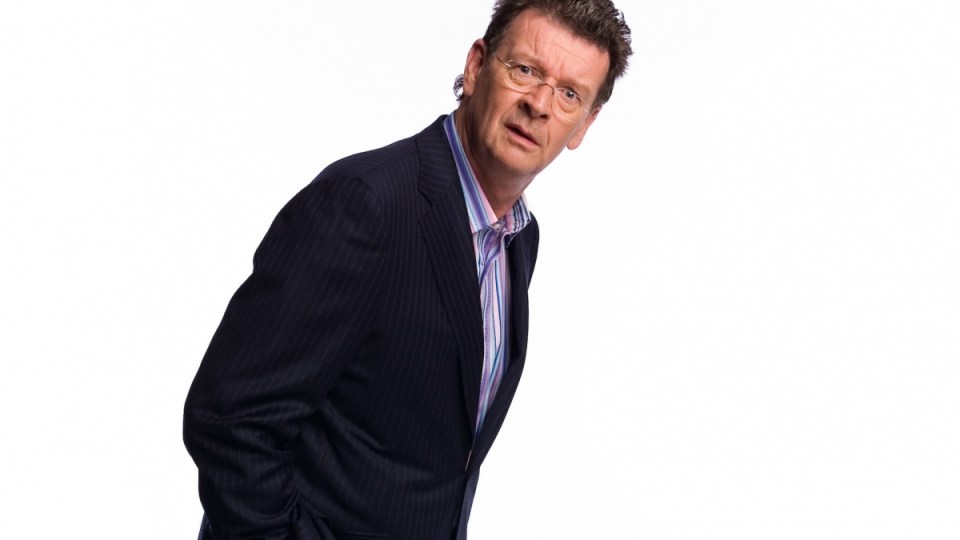 My fans, my inspirations, myself – that's who got me here today. Photo: AAP
opinion

I cannot thank you enough for this incredible swag of awards.

They laughed when I said I was going into standup comedy. They’re not laughing now.

I believe I am the only performer to take out all the available awards in a single year.

First the Newcomer award. I must thank my colleague, Peter Rowsthorn, for a conversation we had some years ago where I suggested that, although I had pursued a number of pathways in showbusiness, I had never tried my hand at standup. At the time I was a one-joke judge on a television talent show.

As he observed, “Stand-ups would rather have your job.”

I must also thank Steven Bradbury, the Olympic gold medallist speed skater. It’s all very convenient for all the other competitors to fall over but it’s a huge task just to qualify to be in contention.

I also most grateful for the Piece of Wood award chosen by the other comics. It is humbling to be acknowledged by those with the sharpest eye for the medium and the material.

I will concede that in a year when I was the only comedian performing, people will say that awarding yourself that honour is an empty gesture. Nevertheless, I shall defer to myself and accept my judgement.

The Directors Choice award goes to whomsoever missed out on any other prize. May I suggest that it be shared by all the other performers, none of whom made an appearance. 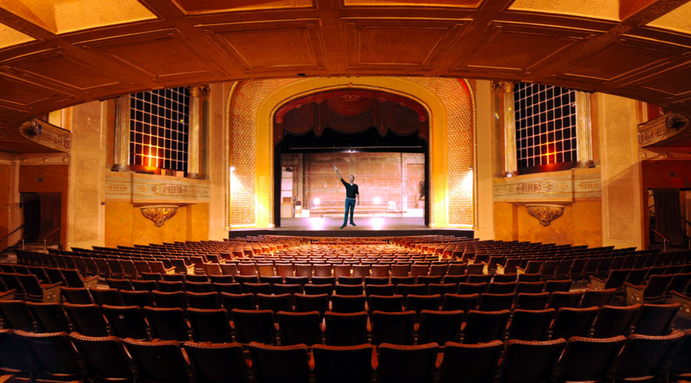 Since none of you was there, I should give you an account of my show at the Palais. Inspired by the AFL’s decision to play empty stadiums, I chose to perform at an empty 3000-seat theatre.

Comedy is the most measurable of mediums. If they laugh then you’ve got it right. If there’s silence, hurry on to the next joke.

I am in the fortunate position of having worked for a long time with canned laughter or no laughter at all. I have imagined a hypothetical audience and pause accordingly to let the hypothetical laugh subside before I deliver the next zinger.

Sensing a gaping hole in the market, I decided to do The Best of the Melbourne Comedians, Just as there are cover bands for bands that are no longer in existence, I reasoned that if the familiar acts weren’t doing their stuff then I would.

I opened with a favourite, Jimeoin. We got a laugh just by appearing on stage with a diminutive smirk and saying “hulloo”. The hypothetical audience was swept up with a sense that something hilarious was bound to come next.

I followed this with a barrage of Steven Wright-esque one-liners.

“I had a terrible night’s sleep. I dreamt I had insomnia.”

Let’s be honest. Not all of the material worked. The Hannah Gadsby bracket started well with the simple device of myself as the victim, but I think I lost them when I started to intellectually deconstruct why it wasn’t funny.

The mood picked up again when I reverted to Sean Micalleff, that killer combination of self unawareness and determination. I was simply a bull in a shop looking for some china.

Judith Lucy also “laid them in the aisles”. I found that stentorian nasal delivery remarkably effective at cutting through the hypothetical laughter.

Picking up a guitar, I closed with a crowd pleaser
The Channel Seven chopper
Still sends shivers through my veins,
It was COVID-19

Yes a reworking of the John Schumann song, Only 19. I figured with no paying audience there were no grounds for him to sue me for exploiting his intellectual property.

I left the stage to what seemed like tumultuous applause and the demand for an encore.

Leave them wanting more, I thought. Gales of guffaws as Red Symons loosens his jocularity strap