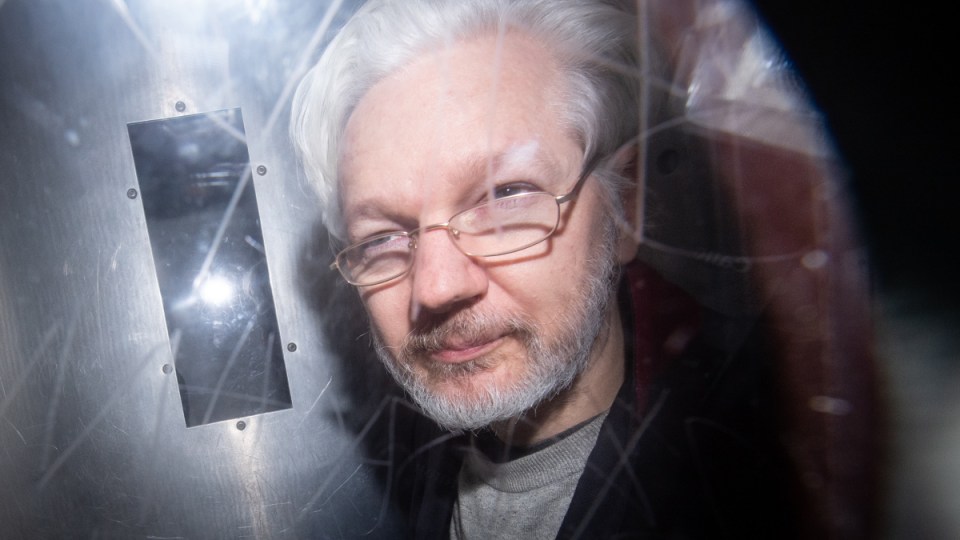 In the latest development in the extradition case of Julian Assange to the US on spying charges, the Wikileaks founder’s European defence team says it will try to seek asylum in France.

After serving almost 12 months in a London prison for breaching his bail conditions and seven years in Ecuador’s London embassy before being evicted in April last year, the 48-year-old will begin his legal challenge next week as he faces charges including 17 counts of spying and one of conspiring to commit computer intrusion.

Those charges relate to Wikileaks’ 2010 release of thousands of classified Pentagon files on the Iraq and Afghanistan wars, some of which revealed war crimes and the torture of prisoners, along with US diplomatic cables.

The Australian is facing up to 175 years in prison if convicted in the US.

At a press conference in Paris on Thursday local time, prominent French lawyer Eric Dupont-Moretti said Assange’s situation was “sufficiently serious” that their duty was to talk about with French President Emmanual Macron.

“We consider the situation is sufficiently serious that our duty is to talk about it with French President Emmanuel Macron,” the lawyer said.

Assange’s father John Shipton also spoke at the press conference, insistin his son was not a criminal.

“I can’t for the life of me understand why he’s still in prison,” said John Shipton.

Mr Dupont-Moretti was one of a team of lawyers fronting the media to explain why they view the case against Assange as unfair, evoking his poor health and alleged violations of his rights while in jail in London.

They also warned of “consequences for all journalists” if Assange is extradited and jailed in the US.

French members of the team said they have been working on a “concrete demand” for Mr Macron to grant Assange asylum in France, where he has children.

“It is not an ordinary demand,” lawyer Antoine Vey said, noting that Assange is not on French soil.

Meanwhile, Baltasar Garzon, the Spanish co-ordinator of Assange’s team, reiterated his client’s plan to claim during his extradition hearing that the Trump administration offered him a pardon.

The bombshell allegation was that Assange must say that the Russian government was not involved in leaking Democratic National Committee emails during the 2016 US election campaign.

At a final administrative hearing in Westminster Magistrates Court on Wednesday local time, Assange’s barrister Edward Fitzgerald revealed that fellow defence solicitor Jennifer Robinson will outline the pardon offer in a statement to the trial starting on Monday.

He said Ms Robinson’s statement will describe how then Republican Congressman Dana Rohrabacher had visited the Australian in the Ecuadorian embassy to offer him a deal back in 2017.

Mr Fitzgerald alluded to the deal requiring Assange to deny Russian links to the hacking and leaking of the Democratic National Committee’s (DNC) emails before the 2016 elections.

“Mr Rohrabacher going to see Mr Assange and saying, on instructions from the president (Trump), he was offering a pardon or some other way out, if Mr Assange would say the Russians had nothing to do with the DNC leaks,” Mr Fitzgerald told the court.

While former Congressman Rohrabacher’s meeting with Assange is already public knowledge, until now it has been reported that he did so on his own initiative rather than under the orders of President Trump.

However, the White House was quick to refute the comments about the statement, which is yet to be fully revealed.