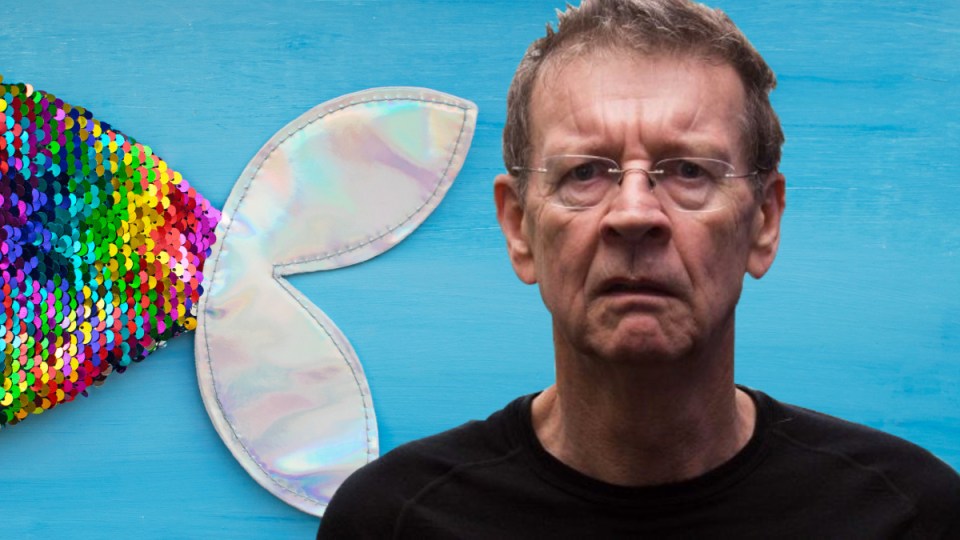 Red Symons is partial to a dress-up in the name of Pride and self-expression. Photo: Getty/ TND

I missed the Midsumma pride parade on the weekend. I guess there were posters but there was little mention in the press.

I have been fairly public in recent years about being part of the LGBTIC community.

I am openly Cis. It’s not something that I am unnecessarily proud of. It’s just what I like.

I bumped into an acquaintance who told me they were going to be at the parade in costume.

My friend had an interesting philosophical dilemma about the costume.

There was a debate about how to dress as a mer-person. It was not about being a mermaid, mer-man or mer-they.

It was simply this. If a mer-person is half fish, which half is fish?

Conventionally, the bottom half is a fish tail but my friend was questioning this – and entertaining the idea that perhaps the person could be a fish head with legs.

My response to this was that a fish head with legs would not be especially attractive. I would not find it fetching.

Nevertheless, I respect a public celebration of self-expression.

Is it not possible that a fish head mer-person might meet a fish tail mer-person and each find an overwhelming sense of completion in the other?

Since I didn’t go to the parade, the question remains hypothetical.

I hasten to add that I have, in the past, been to this kind of Pride parade in costume.

Many years ago, my estimable colleague, Mr Wilde and I were in Los Angeles performing our vaudevillian duties in the service of television (entertainment: light division).

The gay parade was scheduled for La Cienega Boulevard and we had access to the many costume departments that are satellite to the film and TV business.

The costume departments provided us with an open palette of self-expression. No doubt the half-person, half-fish dilemma could have been immediately addressed there.

I chose a robot costume that would have been unconvincing in the 1950s or 60s when it was made.

It was a canvas jumpsuit, painted in a dull metal with a helmet.

My colleague, in a fit of self-realisation from who knows what part of his subconscious, settled on a full-length cloak of feathers, perhaps of Pacific Island origin, and a Native American medicine man headdress of bulbous bison fur with two horns protuberant.

The parade had only a handful of participants and onlookers. All the other participants on display seemed to be wobbling on muscular bowed legs sheathed in fishnets and high heels.

Yes, a robot and an island medicine man were an odd variation, but we were there to celebrate variety and inclusion.

I believe we had a productive effect. The tourists looked at us and thought, “I don’t know what those two are looking for, but I’m a lot more comfortable with the drag queens.”

Thus, these onlookers embraced diversity, up to a point.

If you will permit me a brief deviation into the dull world of actual journalism. To protect the witness I have redacted his name. This guy reckons …

There was a fashion in recent years for a single flipper, a monofin, that housed both feet.

Almost all councils and swimming pools rejected this on the OH&S grounds that you would be unable to swim safely and prone to being found dead at the bottom of the pool.

One inner-city Melbourne council (name redacted – starts with Y) had discussions about this and concluded that it would permit, celebrate and embrace whichever identity you imagined you were.

How about two fishtails? One for each leg.

I believe we in the LGBTIC community have come a long way (pun disallowed).

Twenty or more years ago, at my morning coffee haunt, there were two young gentlemen with American accents. As they were paying their bill, they engaged with the person behind the counter.

“We came over here for the Mardi Gras in Sydney and we liked it so much that we stayed on for Moomba in Melbourne.”

Did they know something I didn’t?

Red Symons: There’s nothing fishy about showing our true colours