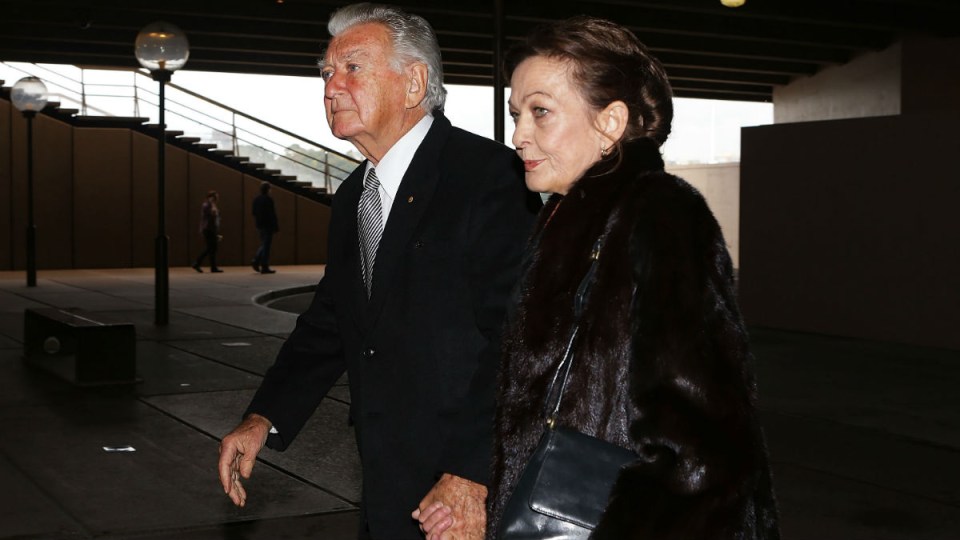 Rosslyn Dillon with her father, Bob Hawke, at the memorial service for Hazel Hawke. Photo: AAP

Bob Hawke’s daughter’s legal claim on the former prime minister’s estate has been referred to mediation to be conducted by a former South Australian judge.

In an affidavit as part of a $4 million legal claim on Mr Hawke’s estate, Rosslyn Dillon alleges she was sexually assaulted by the late Victorian Labor MLC Bill Landeryou in the 1980s.

The case came before the Family Provisions List in the NSW Supreme Court on Thursday for directions, when Justice Philip Hallen ordered the matter to go to private mediation.

He also agreed Mr Hawke’s widow, Blanche d’Alpuget, be listed as another defendant after he was told she holds the proceeds of the sale of a joint tenancy.

Former Supreme Court judge John Sulan QC will conduct the mediation, which is to take place at the end of March.

If the case is resolved, the parties are to get the documents to Justice Hallen by April 6. He adjourned the case to April 14.

In December, The New Daily reported claims by Ms Dillon – Mr Hawke’s youngest daughter with his first wife Hazel – that when she told the aspiring prime minister of the sex allegations in the 1980s he told her “You can’t go to the police”.

The claim is repeated in the court documents.

“You can’t. I can’t have any controversies right now. I am sorry but I am challenging for the leadership of the Labor Party,” Ms Dillon says her father said, in the affidavit lodged in the NSW Supreme Court.

Mr Hawke led Labor to victory in the federal election in March 1983, a month after winning the party’s leadership. He died in May 2019.

Bob Hawke daughter’s court battle over will sent to mediation