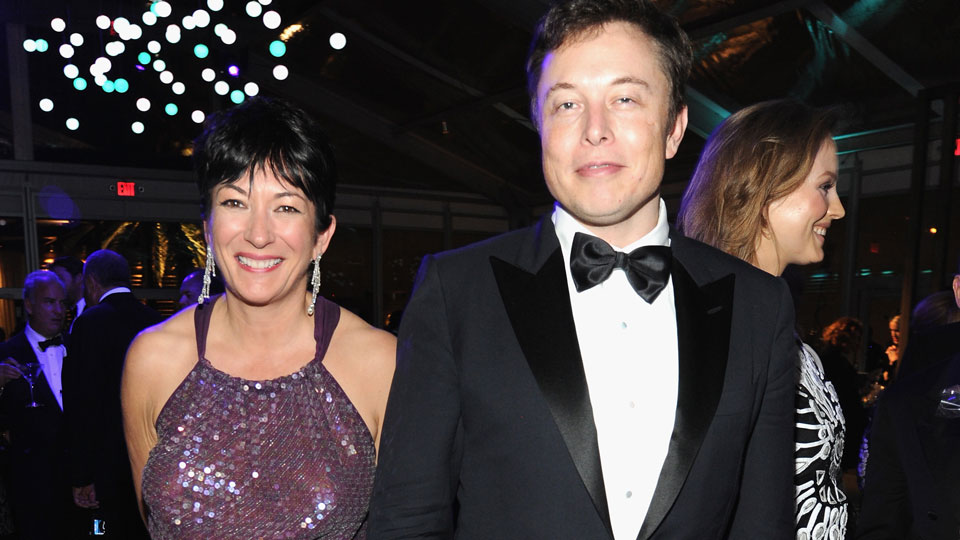 Jeffrey Epstein’s alleged madam Ghislaine Maxwell is hiding in a series of safe houses and is also a foreign intelligence ‘asset’, according to bombshell new claims.

British socialite Maxwell is the main focus of an FBI probe into who facilitated the late pedophile’s alleged sexual abuse, reported Reuters and other media outlets.

Called “diabolically evil” on January 1 by Epstein accuser Virginia Roberts Giuffre, she has been accused in lawsuits of procuring underage girls for Epstein to traffic among his powerful friends.

But Maxwell is “being protected because of the information she has on the world’s most powerful people,” a source told the New York Post’s Page Six.

A longtime friend of Prince Andrew – exiled from public duties after a disastrous BBC interview in November about his friendship with Epstein  – Maxwell disappeared from public view after Epstein’s re-arrest last year.

She has been dubbed the world’s most wanted woman, with The Sun in London offering a reward of nearly $20,000 to anyone who could provide information that lead the newspaper to the 58-year-old..

A onetime Maxwell family friend told The Sun Maxwell may have “serious dirt” on friends of Epstein, whose coterie once included Donald Trump and Bill Clinton.

Former New York stockbroker Laura Goldman said Maxwell is having her legal bills paid by rich supporters and is texting friends from her secret hideaway.

She is “totally convinced” she will escape any criminal convictions and “will return to high society once the dust has settled,” Ms Goldman said.

“She obviously has some serious dirt on someone to be so sure of herself in the circumstances.”

Ms Giuffre has repeatedly claimed Maxwell recruited her to be a teenage ‘sex slave’ for the disgraced financier.

He was found dead in a New York jail in August while awaiting trial on child sex charges.

Maxwell has always denied involvement in sex trafficking or other crimes.

“Ghislaine is protected. She and Jeffrey were assets of sorts for multiple foreign governments,” the source told Page Six.

“They would trade information about the powerful people caught in his net – caught at Epstein’s house.”

Maxwell “moves around” and is “sometimes” in her native UK but “most often in other countries, such as Israel, where her powerful contacts have provided her with safe houses and protection”, the source added.

In a further claim, the source said Andrew, 59, begged Maxwell to emerge from hiding and speak out in his defense after Ms Giuffre said she was forced to have sex with the royal three times in 2001.

Maxwell, however, turned him down according to the source.

“Andrew pleaded with Ghislaine to publicly defend him. She carefully considered it, but decided no good would come of it. It isn’t in her best interests.”

The Duke of York and the palace have consistently and strenuously refuted all allegations against him.

Andrew told Newsnight he could not remember meeting Ms Giuffre, despite a now-infamous photo of him with her arm around her. Maxwell is smiling in the background.

Lawyers for Maxwell did not reply to requests for comments about the explosive Page Six report.

Rumors have long circulated Epstein secretly videoed friends having sex with underage girls, either for financial blackmail or as leverage for a foreign intelligence service, according to the Daily Mail.

But the FBI has not confirmed publicly whether they retrieved any such blackmail material during raids on Epstein’s properties.

Maxwell met Epstein in the early 1990s at a New York party and the pair were romantically involved for several years. Epstein staff swore in depositions she managed his household, and accusers said her duties included recruiting girls as young as 14 for sexual activities.

“She orchestrated the whole thing for Jeffrey,” said Sarah Ransome, one of two dozen women who made claims to a federal judge in New York in August.

On January 1, in response to a Daily Beast story that Maxwell is “scoffing” at the law because of her powerful friends, Ms Giuffre tweeted she should be forced to face the justice system.

“Maxwell’s downfall will be her arrogance,” read the tweet.