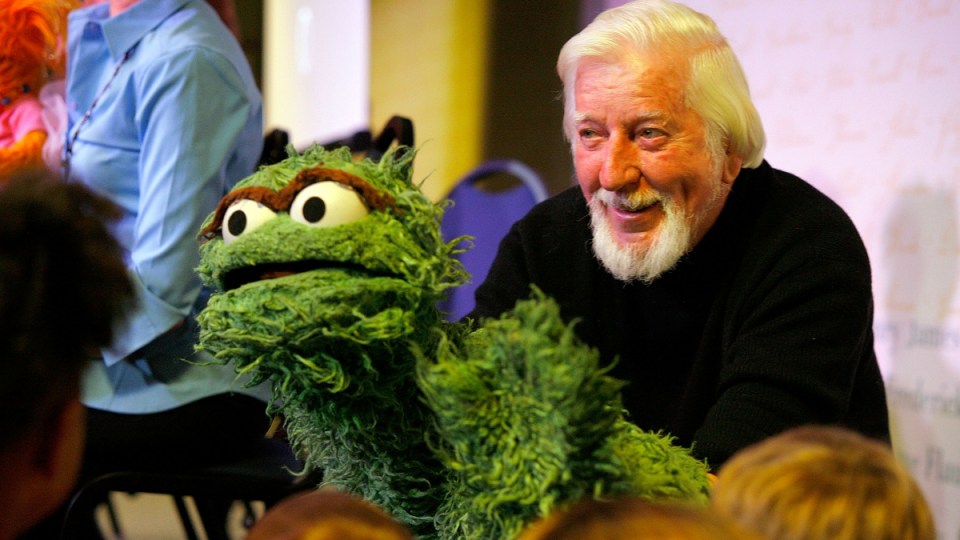 Caroll Spinney, the puppeteer who created Big Bird and Oscar the Grouch during 50 years on the children’s television show Sesame Street, has died aged 85.

Spinney, who suffered from the movement disorder dystonia, had provided only Big Bird’s voice since 2015 while another puppeteer was in the costume.

“We at Sesame Workshop mourn his passing and feel an immense gratitude for all he has given to Sesame Street and to children around the world,” the show’s co-founder Joan Ganz Cooney said on Sunday.

Big Bird, Oscar and Spinney were part of Sesame Street when it made its debut on November 10, 1969, with the goal of entertaining and educating young children, especially those in low-income families.

Spinney announced his retirement at age 84 in October 2018 after completing episodes that were to be aired in 2019 to mark the show’s 50th year.

With Spinney inside, Big Bird danced with the Rockettes at Radio City Music Hall, sang at Carnegie Hall, passed out Emmys, appeared on the cover of Time magazine and toured China with Bob Hope.

He performed with everyone from Johnny Cash to Michael Jackson.

Spinney’s career inside the Big Bird costume was portrayed in the 2015 documentary I Am Big Bird.

The film covered some of his darker moments, including suicidal thoughts after his first wife left him and took their kids, and the jealousy he felt when the character Elmo became more popular than Big Bird.

The beloved Big Bird was a fluffy pear-shaped mass of yellow-dyed turkey feathers set atop spindly legs and standing more than 2.4 metres tall.

At first he was a dim-witted goof but Spinney developed him into a character whom children could relate to – an excitable naif with the sensibilities of a six-year-old who was learning letters and numbers just like the young viewers who adored him.

Big Bird was often flustered but persevered with the help of his neighbours on Sesame Street, where puppet creatures and humans lived side by side.

“Through Big Bird I’ve learned things that have changed my life, lessons that have stayed with me even when I’m not in the puppet,” Spinney said in his book, The Wisdom of Big Bird (and Dark Genius of Oscar the Grouch).

“I’m certain that being a bird has made me a better person.”

In a statement announcing his retirement, Spinney said: “Even as I step down from my roles, I feel I will always be Big Bird. And even Oscar, once in a while.”

Spinney said Big Bird’s voice was actually his own, just a little higher, but bringing him to life was physically demanding.

He had to keep his right hand straight up in Big Bird’s head while his left arm was in the costume’s left wing. He operated the right wing by pulling on a cord and used an interior video monitor to see what was going on in front of him.

Spinney was close to Jim Henson, the man behind Sesame Street and the Muppets puppet troupe, and he wore the full Big Bird costume when he sang the Muppet anthem Bein’ Green at Henson’s funeral in 1990.

Spinney also gave life to Big Bird’s antithesis, Oscar the Grouch, the furry green creature who offered his curmudgeonly views on the goings-on on Sesame Street.

Oscar lived in a garbage can and sang about his love of rubbish – “anything dirty or dingy or dusty, anything ragged or rotten or rusty.”

Spinney said the gravelly voice he gave Oscar was an imitation of the tough-talking New York cab driver who took Spinney to the studio the day he was to debut the character.

“I love my Muppet life.” Carroll Spinney writes to a fan in 2010. RIP x https://t.co/baLGHsAjr9 pic.twitter.com/fTk7eMYoEv

Spinney grew up in Acton, Massachusetts, and developed his interest in puppets as a child. He said he never had a desire to be seen by the audience.

He pursued puppetry in his spare time while in the Air Force by starting a kids’ show for a Las Vegas television station. Once back in Boston, he was part of the Bozo the Clown Show before Henson brought him to Sesame Street.