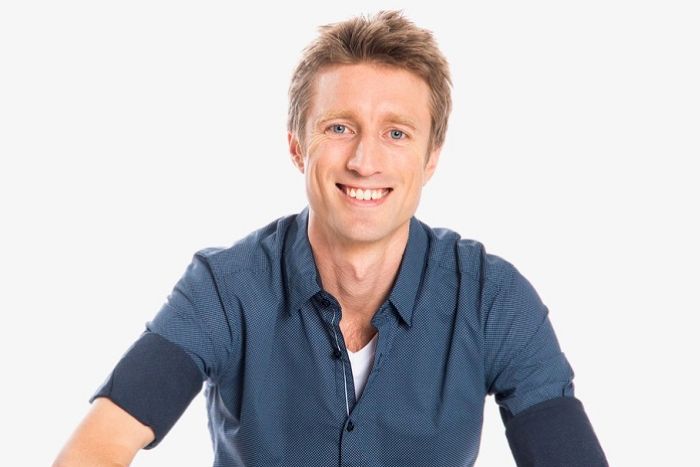 Sammy J will take over the dials for ABC Radio Melbourne's breakfast show in 2020. Photo: ABC

Parsons and Shah, who have hosted the Breakfast program since early 2018, would remain with the station and move to other roles in 2020, the station said on Friday.

Sammy J has become best-known in recent years for his satirical sketches analysing federal politics through the prisms of Play School, sports coaching and yoga.

“This station exists for all age groups and I hope I can build on the brilliant work they’ve done to make Breakfast accessible, relevant and fun.”

Sammy J will be the second line-up change for the Breakfast slot since 2017 when long-time host Red Symons announced he was leaving after 15 years as the full-time host of the show.

Symons is now a columnist with The New Daily.

The show’s ratings took a hit when Symons left, but Parsons and Shah had rebuilt some of that audience over their two years on the program.

In the most recent ratings period ending in September, ABC Radio Melbourne’s audience share between 5.30am and 9am had increased to 9.9 per cent, up from 8.6 per cent in the period ending in April.

ABC Radio Melbourne manager Dina Rosendorff said that while the current Breakfast team had brought in new listeners, it had not connected as strongly with its existing audience.

But she paid tribute to outgoing hosts Shah and Parsons as “extremely talented broadcasters and communicators”.

In a tweet, Shah said the past two years had been an “absolute thrill” and the highlight had been providing representation on the radio.

“For me, the best part of it has been all the people of colour and immigrants who told me they were proud to hear one of their own in this prominent role on local radio,” he said.

“What I thought was just a radio show meant so much to so many, and that means the world to me.

“Thank you to all the listeners who gave this random immigrant from Pakistan a go, I hope you’ll come join me on whatever’s next.”

Parsons later tweeted it had been a “privilege” to ease Melbourne into its day and thanked the audience who had joined them.

“They have brought a fresh new sound to Breakfast along with a whole lot of new listeners,” she said.

“There is absolutely no way we would want to lose their skills.”

Our audience is amazing, I love you, and I’m grateful for every day of the last two years on air.
More about what I’ll be doing next year will be announced next week but I wish Sammy J all the best, and I’m thrilled to leave the breakfast program in such capable hands.

The details of Shah and Parsons’s ongoing roles at the station will be revealed in a national announcement on changes to ABC Radio’s 2020 line-up next week.
“Sami and I are looking forward to waking up with you for one more week, before we donate our alarm clocks to charity,” she said.

Sammy J will start in the Breakfast slot on January 20 next year.

“I’m a proud Melbourne nerd, and can’t wait to learn, engage, and disgrace myself with an on-air gaffe within a fortnight,” he said.