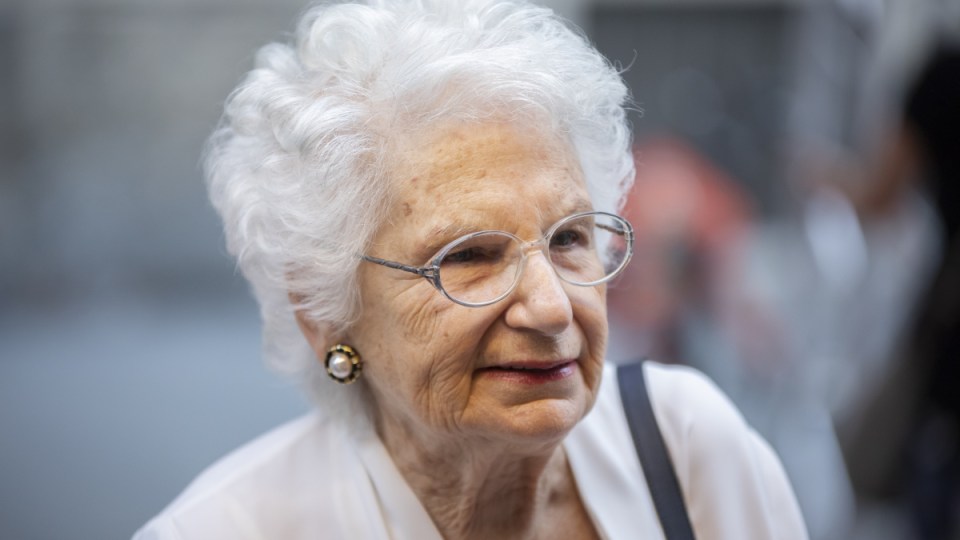 Ms Segre was 13 when she was sent to Auschwitz, where her father and paternal grandparents were killed. Photo: Getty

An Italian senator and Holocaust survivor has been given a police guard after being abused daily on social media by far-right fanatics.

Liliana Segre, 89, who is a senator-for life, had called for the creation of a parliamentary committee to combat hate, racism and anti-Semitism.

According to The Associated Press, parliament approved her motion but didn’t received any votes from Italy’s right-wing parties, and in the process unwittingly provoked one of Italy’s most intense confrontations with anti-Semitism since WW11.

Ms Segre, who reportedly receives up to 200 social media attacks every day, has been assigned a paramilitary police guard because of the threats against her.

The ABC reported Ms Segre, who was deported to the notorious Auschwitz death camp at the age of 13, declined to comment on being assigned a police guard, and it was only being used when the senator appears in public.

Her chief of staff Paola Gargiulo said: “It must be said that Liliana receives vastly more messages of support and solidarity than she does hate messages”.

Israel’s ambassador to Italy Dror Eydar said in a tweet the need for a police guard reflected the ongoing danger Jewish communities in Europe are continuing to face in Europe.

“When will humans stop hating each other and learn to live in peace,” he said.

"An 89-year-old survivor under escort symbolizes the danger that the Jewish communities in Europe still are facing today," said Ambassador Dror Eydar.

When will humans stop hating each other and learn to live in peace?#tolerance#acceptance#love#neverforget https://t.co/cmD8iyMsHr

The Centre for Contemporary Jewish Documents’ Observatory, which revealed the hateful social media posts, reported 190 anti-Semitic incidents to the observatory this year with 120 of them on social media.

The observatory said there were posts about downplaying Nazism, rare threats of aggression including one Jewish woman slapped in the face and a professor spat on in Rome.

Ms Meloni’s Brothers of Italy party abstained because the commission didn’t address the role of Islamic extremism in anti-Semitism while Mr Salvini raised concerns about the motion reducing freedom of expression.

Following the vote, Mr Salvini said he would like to meet Ms Segre. She responded, saying: “I will meet him, of course, why shouldn’t I? If I don’t hate, why should I not open the door?”

The former leader of Rome’s Jewish community and a member of the Shoah Foundation of Rome, Riccardo Pacifici, said the reasons given for the abstentions could be taken at face value, reported The Associated Press.

“But if we should discover that the real reason for which they didn’t vote was because they feared losing the consensus of the extreme right, I believe that Jews will have a problem also in Italy,” Mr Pacifici said.

Ms Segre, who has spent decades sharing her horrific experiences during the holocaust to the younger generations, has received wide support from the global Jewish community.

The Centre of Contemporary Jewish Documentation (CDEC) researcher Stefano Gatti said Jewish members of the community with a high profile were often targeted.

“These are not coming just from extremists,” Gatti said of the attacks on Segre. “This is very worrying.”