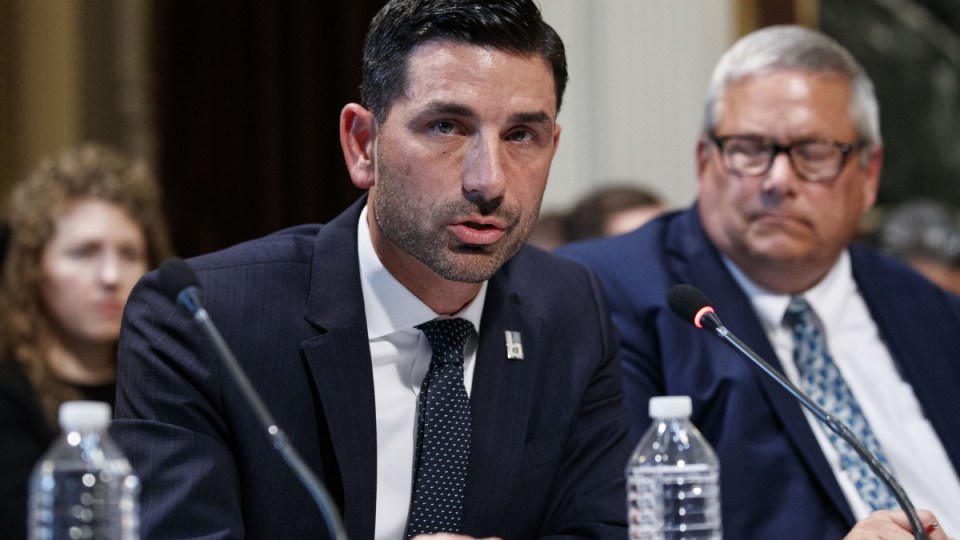 Mr Wolf has been involved with the 240,000-person department off and on since its creation after 9/11. Photo: AAP

President Donald Trump has named Chad Wolf to be the next acting head of Homeland Security, the fifth person in the job for this administration.

While speaking to reporters on Friday local time outside the White House en route to a rally in Mississippi, Mr Trump said he had chosen Mr Wolf, ending weeks of speculation over who would head up the department after Kevin McAleenan resigned in October.

Mr Wolf was chief of staff to former DHS Secretary Kirstjen Nielsen. He has been involved with the 240,000-person department off and on since its creation following the September 11, 2001 terrorist attacks.

It’s not clear whether Mr Wolf will be nominated for the job permanently. He was not initially discussed as a successor, but rules on whom could be nominated created problems with the initial contender, fervent immigration hardliner Ken Cuccinelli.

Mr Wolf worked with Ms Nielsen through many of the administration’s most challenging immigration issues, but left as her chief of staff to take on another role within Homeland Security before she resigned in April.

The massive department was initially envisioned as a cohesive counter-terrorism operation. It includes the Coast Guard as well as disaster relief and election security. But in Mr Trump’s world, Homeland Security means one thing: immigration.

The president’s signature issue has led Mr Trump to focus on the department, and balancing a White House eager to push major changes with the reality on the ground is a daunting and constant challenge.

Mr Wolf’s nomination was met with some pushback from hardliners who felt his policies aligned too closely with Ms Nielsen’s.

But White House officials did not want to bump up too closely against the laws on who can lead and when, even though many of the department’s leaders are not in permanent positions.