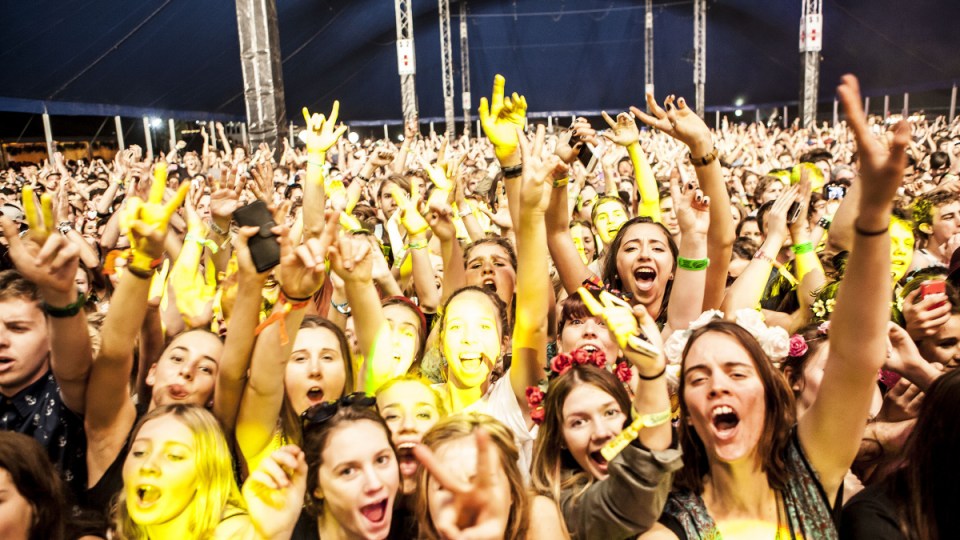 The girl thought she would be patted down, but actually had to take all her clothes off. Photo: AAP

A teenage girl who was forced to strip and squat in front of police after a false detection by a sniffer dog told an inquiry she “could not stop crying”.

The girl, who was 16 years old at the time and is known as BRC, said she had been waiting in line on day one of the Splendour in the Grass festival at Byron Bay in 2018.

After a sniffer dog came and sat next to her, she said an officer said: “Put your hands where I can see them and don’t reach for anything.”

BRC said she was told she would be searched for drugs.

“I was really scared because I didn’t have any drugs on me and I was completely alone,” she said in a statement.

She was told to go to the corner of a tent where a female police officer put on a pair of rubber gloves.

The officer first told her to take her denim jacket and denim shorts off and she was then told to take off her lace leotard.

“At that point I realised I was going to have to get naked,” she said.

“I couldn’t believe this was happening to me. I could not stop crying. I was completely humiliated.”

‘You can get dressed’

The girl said she was told to take off her underwear and even lift up a pant-liner for the officer to inspect.

“She told me to squat on the ground. She then squatted down and looked underneath me.”

After finding nothing, she says the officer said: “OK, that’s all good, now you can get dressed.”

“I feel I can no longer trust police,” the girl said.

She said whenever she saw another police officer during the festival, her body tensed up and went “clammy”.

Counsel Assisting the Commission, Dr Peggy Dwyer, told the hearing that police did not have “untrammelled” rights to conduct strip searches.

“Absent any legal justification it could constitute an assault,” she said.

She said police regulations stated that a parent, guardian or support person must be present whenever a child between 10 and 18 is strip-searched.

The public inquiry comes just days after a NSW coroner’s leaked draft recommendations called for pill testing to be introduced.

The hearing is set down for four days and will hear from the officers involved.

Melania Trump: Bombshell revelations about what she did during US Capitol riot
Retailer pauses facial recognition tech trial after privacy complaint
Donald Trump grabbed at steering wheel in bid to get to Capitol riot
Two charged over US migrant truck deaths
Governor-General admits ‘mistake’ over Insta ad endorsement
Hundreds of hives destroyed in bee mite eradication effort
Louis Theroux on Donald Trump: ‘He subscribes to some wacky conspiracies’
Today's Stories