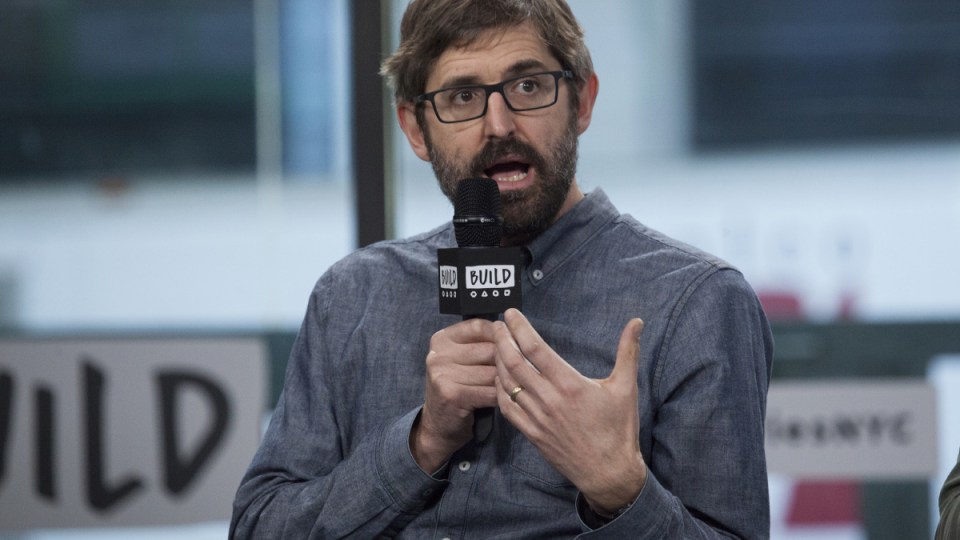 Louis Theroux is visiting Australia in January – and he's bringing with him 25 years of stories. Photo: Getty

BBC filmmaker Louis Theroux has been trawling through 25 years of documentary clips in preparation for his Louis Theroux Without Limits stage tour of Australia and New Zealand in January.

“I’d like to think that by spending all these years investigating the stranger side of life that I’ve learned a thing or two,” he tells The New Daily.

“Now I’m looking down the barrel at 50,” Theroux said.

“This show is an attempt to draw the threads together to present an entertaining but thoughtful contemplation of what it means to be human on this strange planet.”

For starters, he spills some tea on fame, family, and what’s tricky about US President Donald Trump.

How has your style evolved over the years?

At the start, I had no clue what would work, so my fall back was to adopt a slightly feigned, gormless persona that involved me being wide-eyed and hopeless, shambling along the back wall. As I went on, I realised that I needed to be a bit more real to connect with my contributors. We used to eliminate a lot of stories if we thought that they weren’t funny. At a certain point we were throwing out a lot of really interesting subjects, so we’ve expanded the template.

With the media so divided, do you think there is a thirst for more nuanced storytelling?

I think it makes for a refreshing change of flavour in the landscape, but at the same time, it puts the pressure on me because I can’t just be uncritically carrying water for one side or the other. I’ve tended to make it a practice to go among the more questionable characters, whether it’s people in weird religious communities or guys in the sex industry because I suppose that’s where the agency is. When it comes to people who actually have power, like say, Donald Trump, who subscribes to some really wacky, wrong-headed conspiracy theories and seems to be utterly cynical in his ability to pull on the levers of what drives the voters in the populous, the pressure is on if you’re going to give someone like that, or his supporters, air time. How do you tell that story in a responsible way, rather than just giving them a platform?

How do you look back on the Jimmy Savile situation? [The late British TV star was the subject of a When Louis Met … episode in 2000 and was later found to have sexually abused hundreds of women and children. Theroux made a follow-up documentary in 2016 about Savile’s double life].

I always preface any comments I make by saying I didn’t know when I made the original program about his predatory practices. I had heard rumours. If I had heard actual allegations when I was making the first program, I would have put them to him. Now that being said, what I learned is that predatory sexual behaviour is much more prevalent than I’d realised and that many of the people who have experienced it have kept quiet, or have struggled to be heard or to articulate to others – or even to themselves sometimes – that they were victims. It goes to the heart of the whole “Me Too” issue.

The book will answer a lot of your questions for sure. https://t.co/LRzXfH7Dp9

You’ve put yourself in some intense situations over the years? What scares you?

I think of myself as quite a fearful person. I get nervous and I’m subject to nervous anxiety. That’s not a clinical term, I just worry about things a lot.

How do you deal with fame and having fans?

In a weird way, I got into documentaries to avoid the limelight, which now might seem paradoxical. Now, I am conscious that if I go to the pub, there are people who are going to want a selfie but for the most part, I just kind of do my thing. I’m not Beyoncé or Harry Styles.

How do you balance your work with family life? [Theroux has sons Albert, 14, Frederick, 11, and four-year-old Walter with wife Nancy Strang]

I miss my family terribly when I’m away, but when you get in the taxi to go to the airport, there’s this weird feeling of going from this mad house into the quiet. You get this doubling sensation of, ‘Wow, this is nice I can just read on the plane for five hours and drink a gin and tonic’ but then there’s a slight feeling of, ‘Oh, I sort of miss all the chaos’. My family has kept me sane. The demands of a family are hugely steadying because your priorities are more or less dictated to you. I’m prone to wander off and get lost in my own thoughts, and you can’t really do that when you’re with your wife and family. You just have to get on with it. I think that’s been quite good for me.

What do you do to unwind?

I like to cook. It dissipates some of my nervous energy or I’ll watch Great British Bake Off or Strictly Come Dancing with the kids. We’ll go to museums and parks, visit stately homes, bring a frisbee if you’re allowed … Usual family stuff.

What stories are on your radar?

There’s no shortage of subjects. I’d like to talk to these Westerners from Europe, Australia, Canada and elsewhere who have joined ISIS in Syria, Iraq and Kurdistan who now say that they want to come home. I think that’s an interesting story.

What makes you laugh?

The most basic humour. Memes or vines of guys tripping over their laces and falling flat in a cake. That’s a real answer. Those things really make me laugh.

Louis Theroux Without Limits comes to Australia, showing in Perth, Adelaide, Brisbane, Canberra, Sydney and Melbourne from January 12 to 19

Tickets  are on sale now.

Louis Theroux on Donald Trump: ‘He subscribes to some wacky conspiracies’