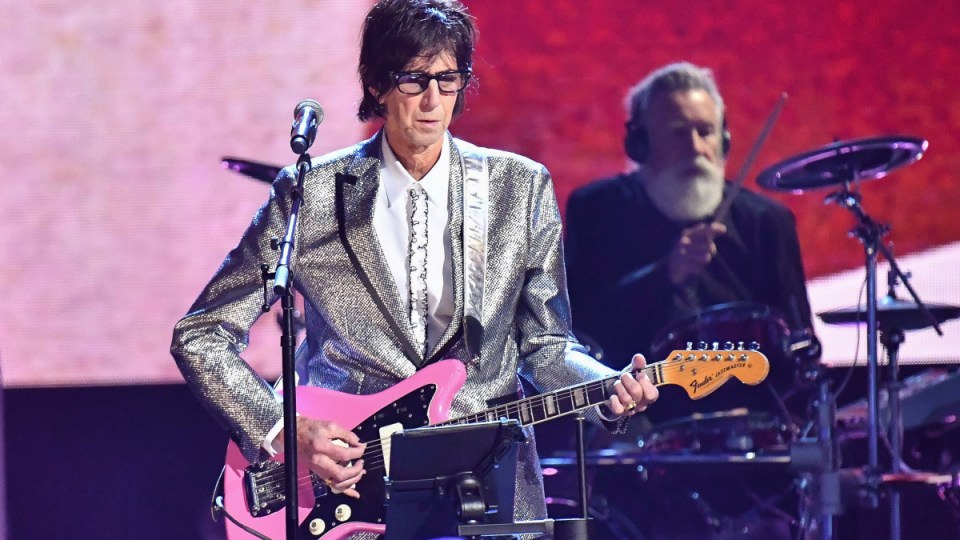 The NYPD confirmed on Sunday that Ocasek had been found dead after they received a call for an unconscious male at his townhouse. Emergency services pronounced him dead at the scene.

The Cars and Ocasek were inducted into the Rock and Roll Hall of Fame in 2018.

With a sound that melded new wave and rock, the Cars had 13 top-40 singles including Just What I Needed, Good Times Roll, and You’re All I’ve Got Tonight.

After The Cars broke up in 1988, Ocasek went on to produce numerous albums for bands including Bad Brains, Weezer, Guided by Voices, Bad Religion and Nada Surf.

He also released seven solo albums, although none had the impact or success of the Cars’ material.

The influence of Ocasek’s songs with the band is vast: To cite just one example, in March 1994 Nirvana opened their final concert with a jokey medley of The Cars’ Best Friend’s Girl and Moving in Stereo, the latter of which was featured in the generation-defining 1982 film Fast Times at Ridgemont High.

Ocasek, born Richard Theodore Otcasek, was raised in Baltimore but moved to Cleveland at the age of 16.

There is some confusion about his year of birth, but 1944 is most frequently cited.

He briefly attended college but dropped out to pursue music, and in 1965 met future Cars bassist/singer Benjamin Orr.

The two formed a succession of bands and operated in Ohio and Michigan before moving to Boston in the early 1970s.

There they formed a folk-rock band called Milkwood that released one album on Paramount Records that was not a commercial success; the pair also performed as an acoustic duo.

From there things moved quickly for the band: During the following year a nine-song demo, including their future breakout hit Just What I Needed, received heavy airplay on Boston stations and the group signed with Elektra.

Their self-titled debut, released in June of 1978, featured an unusual but appealing mixture of styles that captured the pop-rock sensibilities of the time as well as the burgeoning new wave sound, which was gradually making inroads in the US.

The album reached No.18 on the Billboard 200 and spawned three hit singles in Just What I Needed, Best Friend’s Girl and Good Times Roll.

While Ocasek was the group’s primary songwriter and frontman – singing in a pouty drawl, like a cross between Lou Reed and Television’s Tom Verlaine – the Cars were very much a band, with Orr’s softer voice and rock-star swagger, Hawkes’ quirky keyboard flourishes, Easton’s snarling guitar and Robinson’s rock-solid, imaginative drumming elevating the songs with a distinctive and often-imitated sound.

The Cars returned in force in 1982 with the Shake It Up album, which dovetailed with the rise of MTV and, driven by eye-catching videos – several of which starred models, including Ocasek’s future wife, Czech-born Paulina Porizkova.

The group became more commercially successful than ever, with the title track becoming their biggest hit single to date, reaching No.4 on the Billboard Hot 100, and spawned another hit song and video with Since You’re Gone.

The group’s commercial peak came with their next album, 1984’s Heartbeat City, which produced two top 10 singles with You Might Think and the ballad Drive.

The group took another break, but by the time The Cars regrouped for 1987’s Door to Door, times had changed. The album only reached No.26 and the group split early the following year.

After Orr’s death from cancer in 2000, Ocasek approved of a touring version of the band that featured Todd Rundgren.

Ocasek separated from Porizkova in 2018 after 28 years of marriage.

He is survived by six sons, two from each of his three marriages.