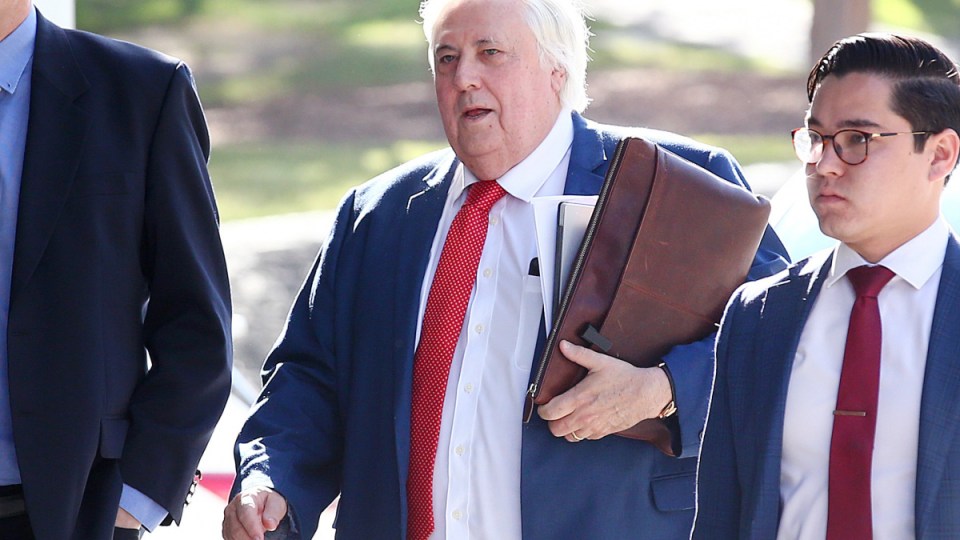 Clive Palmer has failed in his bid to shut down the Queensland Nickel collapse trial amid a dispute over the likely profits sought by liquidators on behalf of their corporate backers.

Mr Palmer has already settled most of the multi-million dollar claims stemming from the Townsville refinery’s collapse in 2016.

The trial is now focused on $102 million sought by liquidators in un-repaid loans from QN to Mr Palmer’s flagship company, Mineralogy.

Their aim is to to claw back the money to pay the refinery’s unpaid creditors.

But lawyers for the former federal MP’s companies say the loans weren’t made using QN’s money and the claim is baseless.

They moved to shut down the Brisbane Supreme Court trial earlier in the week, saying it’s largely devolved into a fee-chasing exercise for the liquidators’ backers.

Justice Debra Mullins was unswayed by their argument despite acknowledging the suit may have an unusual outcome where the liquidators find themselves with excess money after QN’s unpaid creditors are settled.

She dismissed their application for a permanent stay of proceedings on Friday.