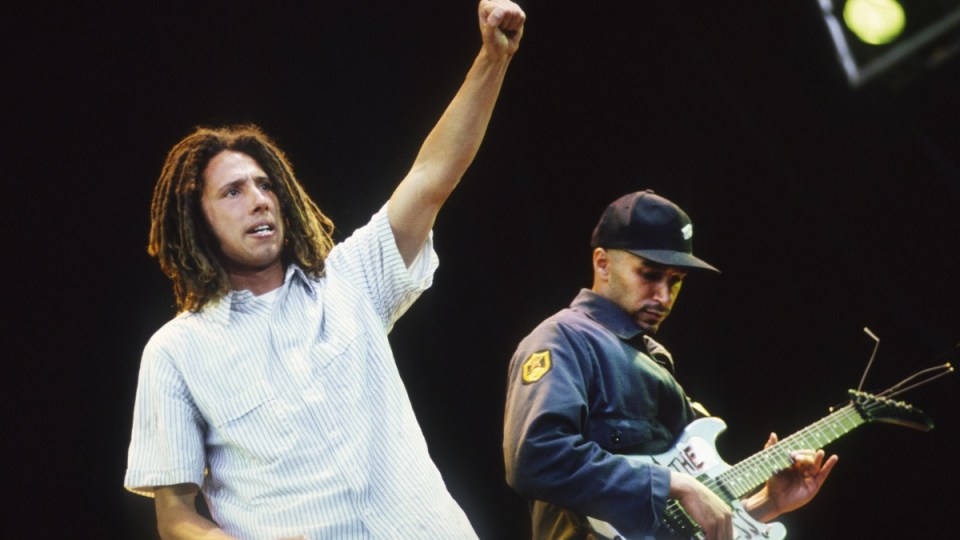 A Canadian radio station is playing Rage Against the Machine's biggest hit on repeat. Photo: Getty

A Canadian soft-rock station has played Rage Against the Machine’s song Killing in the Name on a loop for more than a full day in what appears to be a mysterious protest.

Listeners who have tuned into Vancouver’s 102.9 KISS-FM pop radio station since Wednesday (Australian time) have heard the 1992 anti-authority song hundreds of times, prompting online speculation that it was a musical protest at recent layoffs at the station.

There’s also a rival theory that the lengthy repetition is part of the station’s marketing for a change in programming to alternative rock.

But the radio station hasn’t confirmed either theory. And repeats of Killing in the Name continued into Thursday, with only the occasional pauses for DJs to take on-air requests – which drew a singular response.

Listeners posted on social media that numerous calls had been answered by the hosts since they began their singular playlist. Requests for anything besides Rage Against the Machine’s biggest hit were denied, while calls for the anti-police track drew facetious approval.

“Stick around – I don’t know when we’ll be able to play it but we will play it,” the host told one caller who requested Killing in the Name, according to The Guardian reporter Tracey Lindeman.

“I’m sick of the same old music all day. Can someone play Rage Against the Machine for a change?” another caller reportedly asked.

The track was written by the band as a protest song against police brutality.

“Now you do what they told ya,” Rage Against the Machine lead singer Zack de la Rocha screams in the pre-chorus.

It closes with a scathing outro with de la Rocha iconically repeating: “F— you, I won’t do what you tell me.”

On Tuesday, two popular co-hosts of the station’s morning show posted on Facebook that they had been fired.

“Our five years on KiSS RADiO has come to an end. KiSS is changing and unfortunately we were informed that we won’t be part of this new chapter,” former hosts Kevin Lim and Sonia Sidhu wrote.

“Although this comes with mixed emotions, we want to express one overwhelming feeling: Gratitude.”

Mystery as radio station plays Killing in the Name on repeat