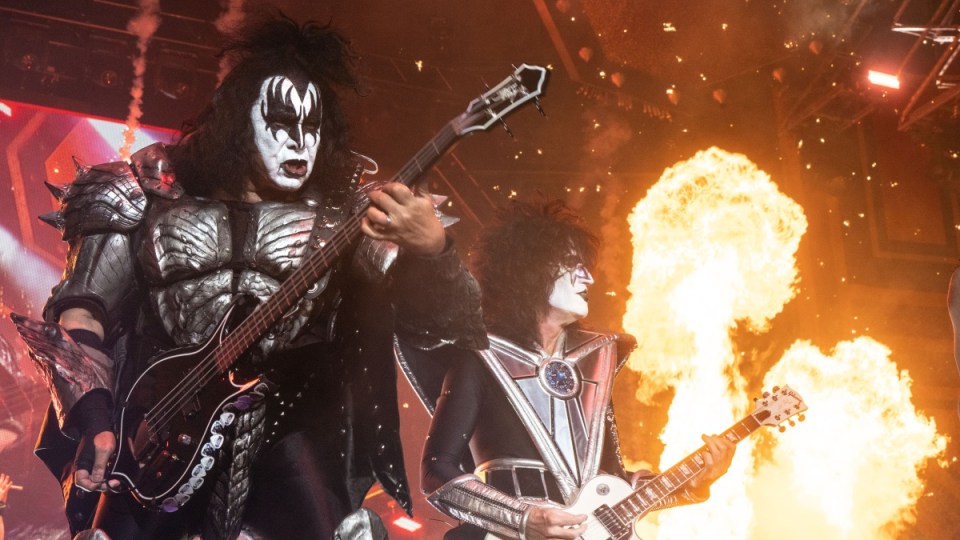 The geographical mix-up came at the end of Kiss's farewell concert in Vienna. Photo: Getty

Rock legends Kiss are being lampooned online after ending a concert in Vienna with an embarrassing Aussie-themed blunder.

At the end of the concert on Sunday night, in front of a crowd of more than 9000 at Vienna’s Wiener Stadthalle, the glam rockers finished by projecting their logo onto a giant screen.

As their final song, God Gave Rock ‘n’ Roll To You II, finished, the logo flashed up on an on-stage screen.

“Kiss loves Vienna,” the sign read … with “Kiss” decked out in the Australian flag instead of the Austrian version.

Today Times Live reports the assembled fans saw the funny side, with widespread laughter across the stadium.

The band is yet to comment on the error. But they are being mocked online.

“The Commonwealth of Austria,” wrote another.

A third offered a more technical explanation for the geographical blunder:

“Kiss’s farewell to Austria last night, illustrating the modern technological rules of: 1/. Don’t let the intern roadie near the graphics projector…2/. Always check the autofill on the drop-down menu.”

Paul Stanley, Gene Simmons and co were in Austria as part of their End of The Road world tour. They will also come to Australia – with that leg kicking off in Melbourne on August 20.