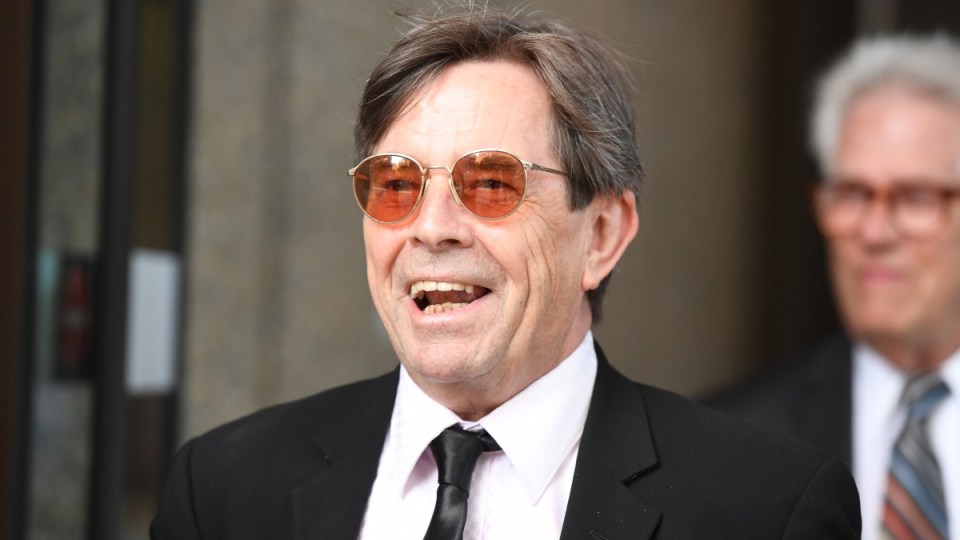 A US duo's barrister says damages should be limited for using parts of John Paul Young's hit song. Photo: AAP

US electronic music duo Glass Candy has sought to dramatically reduce any damages it has to pay for flagrantly infringing copyright on the 1977 disco hit Love is in the Air.

In the Federal Court on Friday, barrister Richard Cobden SC said that Glass Candy musicians John Padgett and Lori Monahan should only have to pay damages for 12 downloads of their 2011 song Warm in the Winter, which used parts of John Paul Young’s hit.

“We say that is the sole act of infringement from which the damages inquiry springs. That is its foot and foundation. That and nothing else,” he told Justice Stephen Burley.

The case was brought in 2017 by Boomerang Investments, the firm holding the rights to Love is in the Air.

In April 2020, Justice Nye Perram found the US duo had deliberately and fragrantly infringed the copyright of Love is in the Air by sampling a section of the tune in Warm in the Winter and by agreeing for the use of its song in an Air France marketing campaign in 2015.

Justice Perram also found that Padgett had lied to the court about when he had heard Love is in the Air. These negative findings led to the judge stepping down from the case in December 2021 due to possible bias against the musician.

“Fully aware of and familiar with Love is in the Air, Mr Padgett and Ms Monahan deliberately copied it by incorporation into Warm in the Winter and then lied to the court regarding that course of events,” Boomerang’s barrister Michael Hall SC told the court on Friday.

While Padgett and Monahan had allowed the song to be streamed through platforms such as iTunes, Spotify and YouTube, this did not amount to infringement because those platforms had a blanket licence to stream Love is in the Air, which was contained within the Glass Candy song.

Downloads from those well-known platforms were also covered by a blanket licence, meaning Boomerang could not be compensated for that infringement either.

Mr Cobden said the Glass Candy duo should only have to pay for 12 downloads of the song from the website Big Cartel which did not have any licence over the song.

Boomerang is claiming compensation for the amounts that Padgett and Monahan would have agreed to pay for a hypothetical licence allowing them to sample and use parts of Love is in the Air. The firm is also seeking additional damages for the flagrant infringement of the song.

The exact amount of damages that Boomerang is seeking is not known as it is based on confidential figures of its licences for the disco hit with artists, television studios and other entities.

The court heard that the studio behind the Gilmore Girls paid $21,000 to have one of its actors sing, “love is in the air” once during a cafe scene broadcast in 2002.

An agreement with German house music producers Milk & Sugar for a cover of Love is in the Air featuring John Paul Young saw Boomerang retain 100 per cent of the rights to this song, which was released in 2001.

Myrkl: The new anti-hangover pill said to break down up to 70 per cent of alcohol in an hour
Rocker Eric Clapton positive for coronavirus
Today's Stories

Damages sought in Love is in the Air case