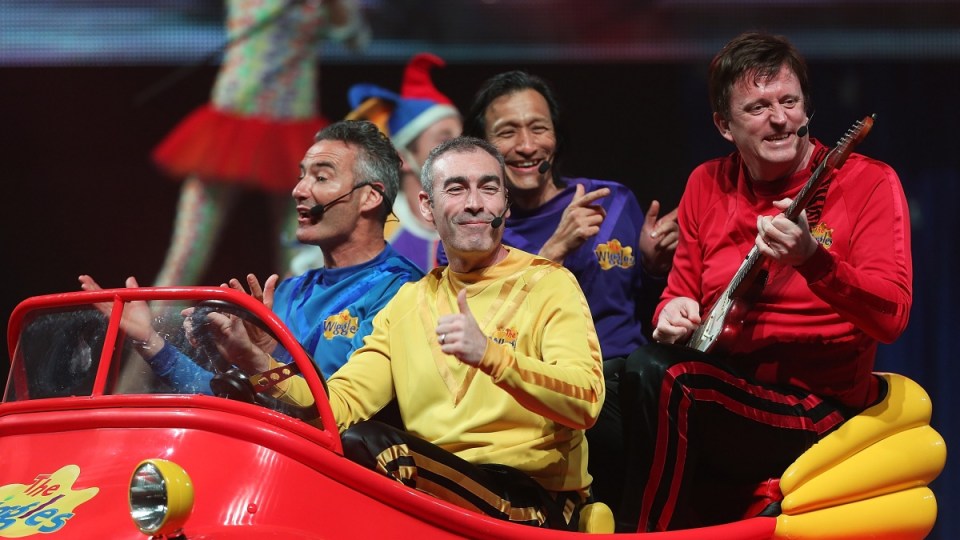 The Wiggles are being recognised with an APRA award for their outstanding contribution to music.

Hits such as Fruit Salad and Hot Potato have made them heroes of countless children worldwide – and their grateful parents – so it is no huge surprise that The Wiggles are being recognised with one of the biggest awards in Aussie music.

The colourful skivvy-wearing group will become the 2022 recipients of the Ted Albert Award for Outstanding Services to Australian Music at the 2022 APRA awards.

The news comes hot on the heels of the group of exuberant entertainers topping Triple J’s Hottest 100 earlier this year for their cover of Tame Impala’s Elephant, which featured current members Anthony Field, Lachy Gillespie and Simon Pryce, alongside the recently retired Emma Watkins.

The original blue, red, yellow and purple line-up of Field, Murray Cook, Greg Page and Jeff Fatt – who will receive the gong at Melbourne Town Hall on May 3 – have thanked APRA for the honour.

“An award like this means so much to us, because everything we do is based on songs and to get an award for song writing – especially an award like this – makes us very proud and quite humble,” Cook said in a video statement.

“On behalf of everyone who’s worked with The Wiggles over the past 31 years, I want to thank APRA for honouring us,” said Field in a statement.

“We have always been driven by genuine love and passion for music, and this recognition means so much to us.”

The Wiggles have educated and entertained the lives of millions of children worldwide for more than three decades, selling more than 30 million albums and DVDs and eight million books globally.

Parents who grew up watching The Wiggles now play their music to their own children – their music has been streamed more than one billion times and they have been viewed two billion times on YouTube, as well as selling out live audiences worldwide.

The Living End’s Chris Cheney, Indigenous rapper MC Dallas Woods, punk legends the Hard-Ons and singer-songwriter Tone and I are among the stars scheduled to perform on the APRA stage.