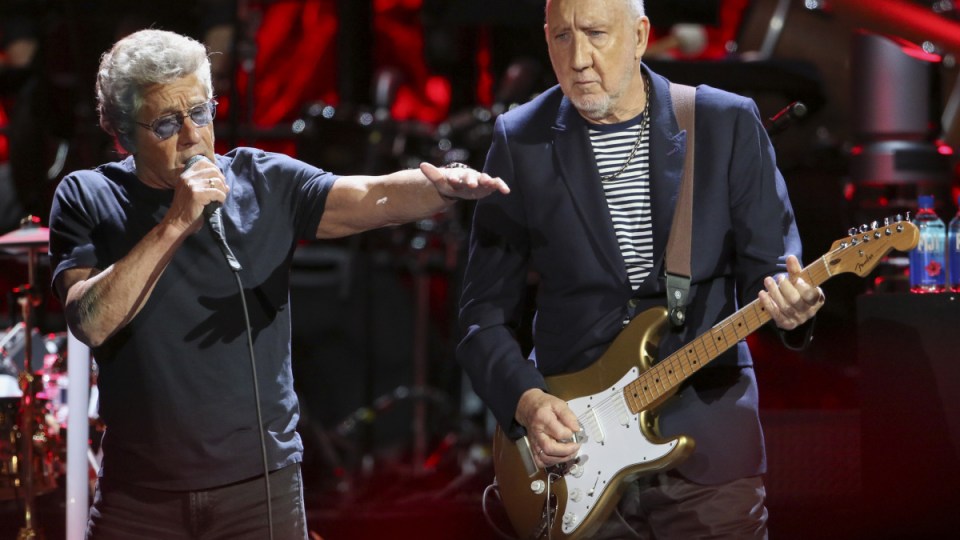 The Who will play in Cincinnati 40 years after 11 people died in a crush at a Who concert there. Photo: AP

The Who have announced they will play a benefit gig in Cincinnati more than 40 years after a tragedy at one of their concerts in the Ohio city left 11 people dead.

The British rock legends said the US city had been “very good to us” and it was a “privilege” to be able to return and be part of the community healing process.

The tragedy occurred on December 3, 1979 following a crush of concert goers at The Who’s show at Riverfront Coliseum in the city.

The benefit concert has been scheduled for May 15 of this year at the new TQL football stadium.

The Who announce a brand new tour for 2022 . . . THE WHO HITS BACK!
Our North American trek will be another rock n’ roll knockout, kicking off 22 April and running through to May 29 The fall leg starts October 2, 2022 and ends November 5. Full details https://t.co/9YWi1QZVtc pic.twitter.com/xmBgru3Ne3

Speaking to local station WCPO-TV lead singer, Roger Daltrey, said: “I can’t wait to be there.

“It’s about time. It’s taken a long time I know, but it’s the least we can do in our final years to say thank you to Cincinnati because it’s a great rock town.

“You’ve been very good to us.”

Proceeds of the gig will go to the Pem Memorial, a scholarship fund created in memory of Stephan Preston, Jackie Eckerle and Karen Morrison, three Finneytown High School students who died outside the 1979 concert.

The Who manager Bill Curbishley, said: “This is a very moving situation.

“To come back here after 42-years-plus and hopefully help with the healing process with the community.

“And to help youngsters going forward for scholarships, it’s a privilege for us to do this and hopefully coming back and playing for all our wonderful fans in Cincinnati will be a healing process for them and for us.”

Daltrey and guitarist Pete Townshend will be joined onstage for the show by their full live band.

The Who’s original line up consisted of Daltrey and Townshend, along with Keith Moon and John Entwistle, who died in 1978 and 2002 respectively.

It comes as American football team the Cincinnati Bengals prepare to take on the Los Angeles Rams in the final of Super Bowl LVI on February 13.

Kirstie Clements: Want to be a granfluencer on your next cruise? Try these ten chic tips
Platinum Jubilee: Queen Elizabeth ll celebrates 70-year anniversary of her accession to the throne
Today's Stories

The Who to play Cincinnati benefit gig, 40 years after concert tragedy