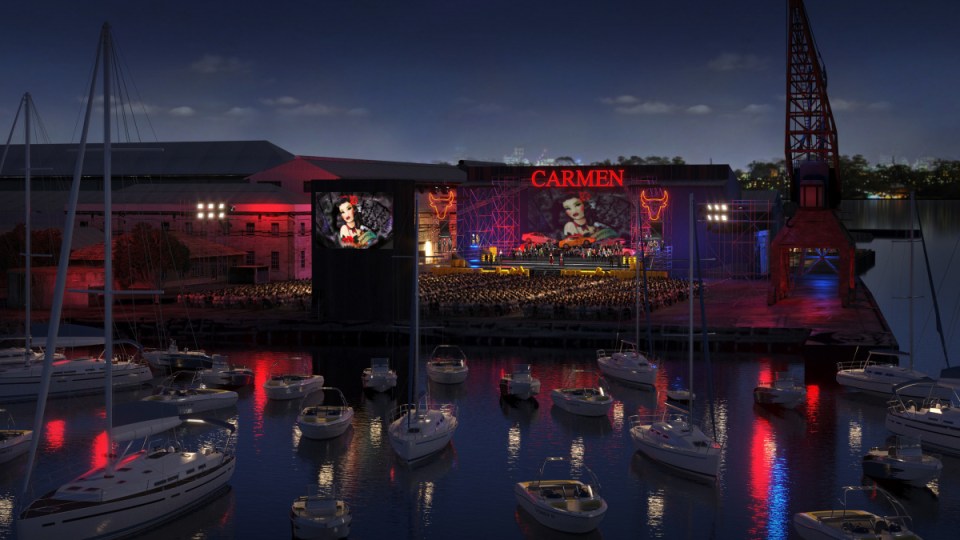 Opera Australia will capitalise on Sydney’s stunning harbour backdrop for its annual water’s-edge spectacle, with an industrial-chic production of Carmen on Cockatoo Island.

In November 2022, guests can experience director Liesel Badorrek’s gritty interpretation of Bizet’s 1875 tragedy by booking a seat on the island. Or, if they are equipped, by booking a mooring for their own boat and viewing the action on a big screen facing the water.

Meanwhile, next March’s Handa Opera on Sydney Harbour will be perennial favourite The Phantom of the Opera, newly reimagined by director Simon Phillips and designer Gabriela Tylesova for the venue’s over-water stage.

While Phantom is yet to be cast, Carmen Topciu and Sian Sharp will share the title role in Carmen, with Roberto Aronica and Diego Torre taking turns as her lover, Don Jose.

“We’ll be bringing together some of the finest singers, musicians and creatives in the world to present these productions under the starry southern skies,” Mr Terracini said.

“It’s a particular thrill to be creating a brand new outdoor production of the iconic The Phantom of the Opera.

Opera Australia is hoping the crowd-pleasing opera and musical provide a much-needed boost to its bottom line following what has been a financially perilous year, managing COVID-19.

The organisation had to cancel its Sydney winter season, postpone The Phantom of the Opera in Sydney and Melbourne, and postpone its highly anticipated production of Wagner’s Ring Cycle in Brisbane.

Although the 2021 Handa Opera on Sydney Harbour went ahead with a production of La Traviata, last year’s production was cancelled just two weeks out from opening night.

Since May, the company has received $10 million from the federal government’s COVID-19 arts sustainability fund.

This is in recognition that Opera Australia is the country’s largest arts employer, with more than 400 arts workers, and that it has the largest annual revenue of any arts company supported by the Australia Council.

It is also the only major opera company in the world to rely on box office takings for more than 50 per cent of its revenue.

COVID boosters: When Australians might be able to get their fourth jabs
Queen the Greatest pop-up store launches in London
Today's Stories

Phantom and Carmen take to the harbour