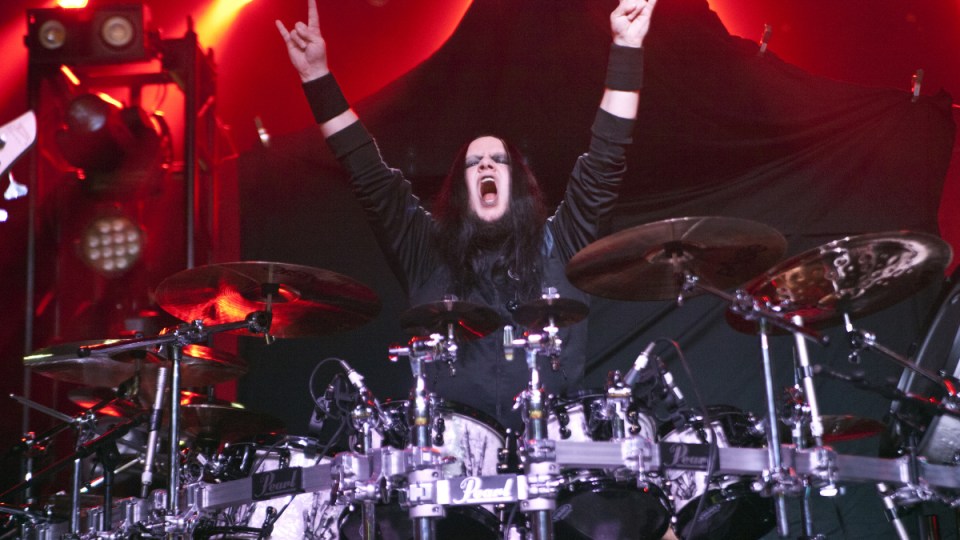 Drummer Jordison established the group with percussionist Shawn Crahan and bassist Paul Gray in 1995 and they went on to global and chart success.

Their self-titled debut album was certified double platinum in the US with more than two million sales, while three of their studio albums have gone platinum in Britain.

In a statement widely reported by US media, his family said: “Joey’s death has left us with empty hearts and feelings of indescribable sorrow.

“To those that knew Joey, understood his quick wit, his gentle personality, giant heart and his love for all things family and music.”

The Iowa-born drummer, also known as #1, beat Phil Collins and Dave Grohl to be named the greatest drummer of the past 25 years in 2010.

The boiler-suited player triumphed in the poll staged by leading British drum magazine Rhythm to find readers’ top choice of drummer and drew nearly two-fifths of the 100,000 votes.

Jordison, who played two bass drums simultaneously and had to be strapped in his seat to play live as he performs on a spinning stage that tips to a 90-degree angle, left the band in 2013.

He went on to play guitar for Murderdolls, and drum for Sinsaenum and Scar the Martyr.

Following the news of his death, Slipknot posted a black picture on Twitter and Instagram, while Serj Tankian of System of a Down wrote: “RIP Joey J-an amazing drummer and a fantastic guy.”

Ginger Wildheart, founder of The Wildhearts, tweeted: “Joey Jordison was better upside down than any other metal drummer sitting normally.”

Anthrax said “a great musician and person has left us”, while Trivium tweeted: “We are saddened by the news of the passing of our dear friend, Joey Jordison.

“From being able to share the stage with him numerous times throughout the years to Matt standing alongside him for the Roadrunner United album. He was always super gracious to all of us in Trivium.”